At 2,850 meters high Quito is the second tallest capital in the world after La Paz.  This long city stretches from north to south, with the primary tourist neighborhoods of Historic Quito (Centro Historico) and La Mariscal situated in the middle of the city.  And when I say stretch, I truly do mean stretch.  To take a bus from the main bus terminal in the south to the main bus terminal in the north could take an upward of 2 hours!  Because Quito has one of the largest and most preserved historic centers in North and South America, I opted to spend our only two nights in the historic center…and also because it was significantly cheaper. =)

Bus/trolly transportation could not be easier in Quito.  Because there is not yet a subway in Quito, the bus lines are used like a subway.  They have their own special lane (which may make it even faster than a taxi), they are equally as packed as subways in Tokyo, and they are only 25¢ per ride.  After we arrived to the Terminal Terrestre Quitumbe in the south we immediately hopped on trolly C4 toward the historic center.  About 40 minutes later we stepped down into Plaza Santo Domingo.

I immediately fell in love with our pink budget hotel in the historic center, which was over a century old.  For only $15/night, Hotel Juana de Arco could not be beat. 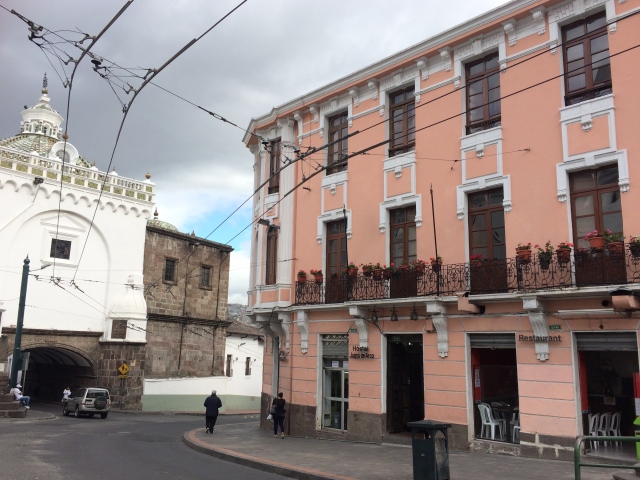 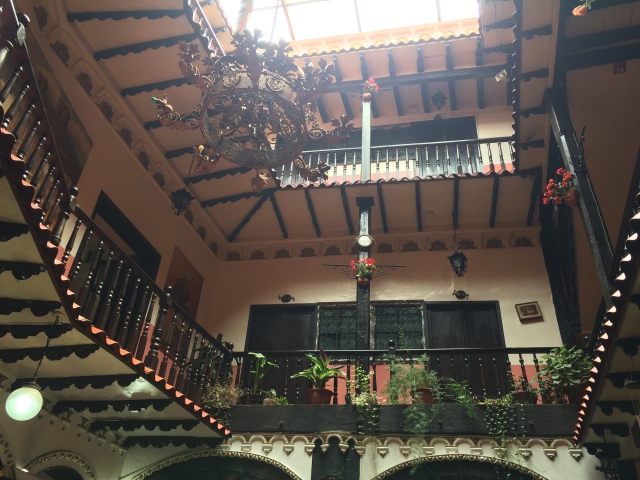 We like to call places like these “charming.” Our bathroom was so small, I finally achieved my dream of taking a shit and brushing my teeth at the same time. Just kidding. Chris did.

As expected, I marveled at the architecture in the historic district.

There also seems to be no limit to museums, churches, and cathedrals. 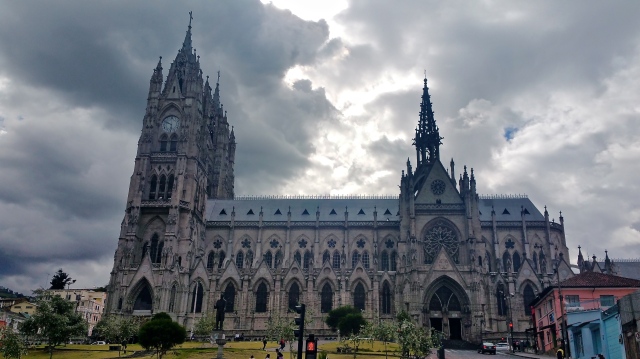 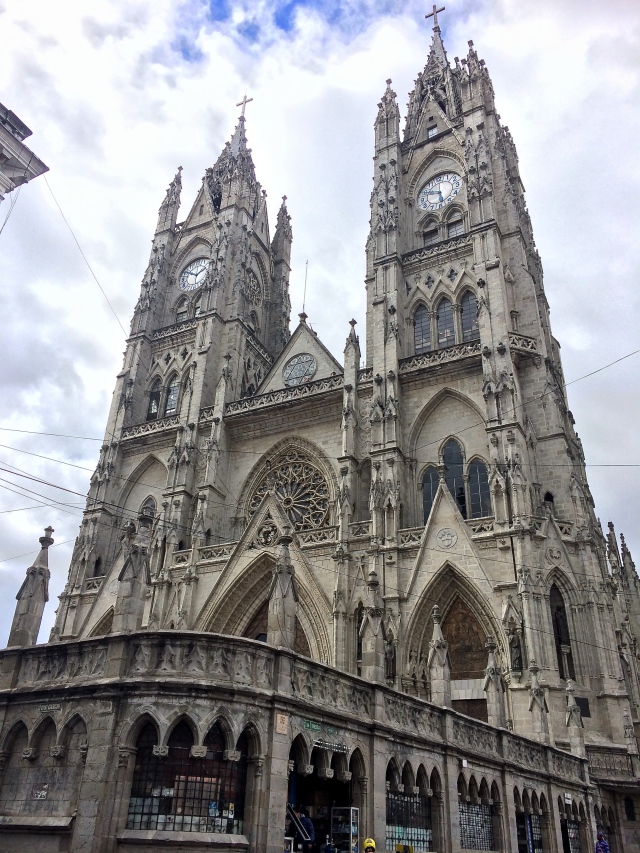 One somewhat kitschy half-day trip that can easily be done from Quito is the trip to La Mitad del Mundo, or “The Middle of the World,” which supposedly marks the equator line. From the historic center we took the red line “trolly” (known as el trole) for 25¢ and rode it to Ofelia station.  From there it was easy to find another bus with Mitad del Mundo written on the top, and we rode that the rest of the way for an additional 40¢.  The total travel time was just about an hour.  Once we arrived we paid $6 each to see the monument and the museum.  Despite the equator line being slightly off by ~240 meters, we still enjoyed it. 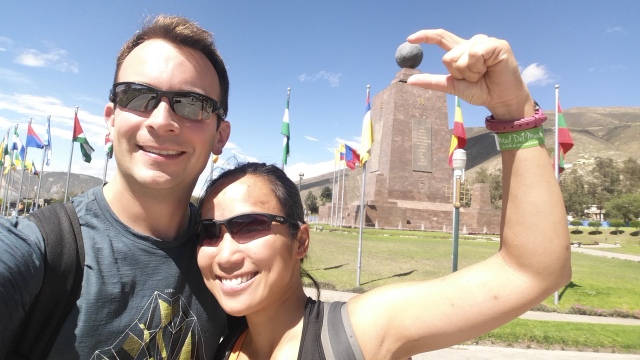 It’s funny that they even draw a line to divide the northern and southern hemispheres.  It is said that the equatorial line is 5 km wide; it would be impossible to place one foot in one hemisphere and the other foot in the other hemisphere.  Still, tourists want their photos!

Not far north from La Mitad del Mundo is a more accurate location of the 0º0º0º mark. There, one can find another museum and more touristy signs claiming to be the actual equatorial line.  But even though it is more accurate than the old Mitad del Mundo, it is still not in fact the exact location of the equator!  It was another $4 per person to enter this site, but we didn’t feel like spending more money to take another phony picture. 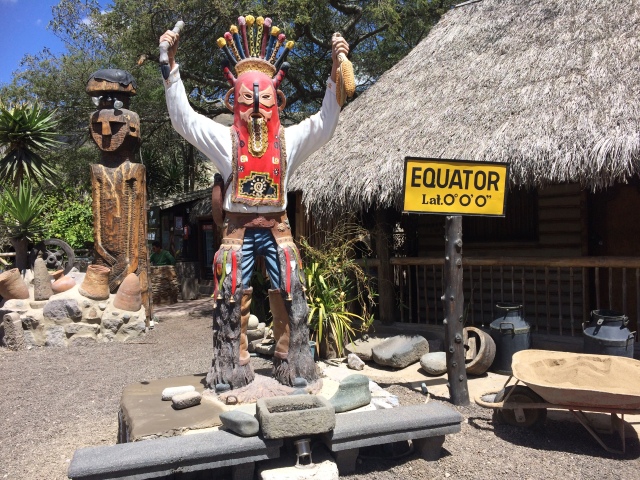 Using our own GPS, we set out for the third time north in search to find the true equator. It was literally across the street from the second location.  However, there was no landmark for the actual equatorial line.  Boo. 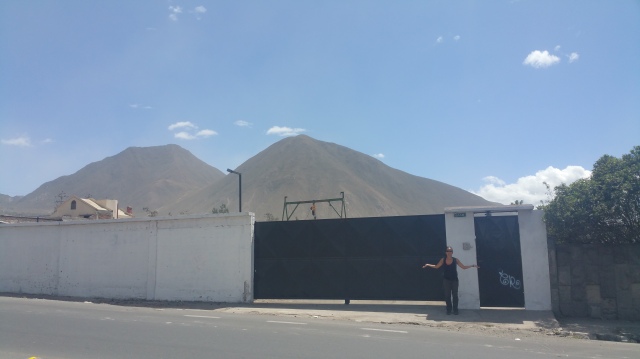 Our time in Quito was short due to my desire to stroll around the famous Saturday market at Otavalo.  We were able to see the beautiful historic center and a couple of city parks, take in the wonderful options of the modern city’s gastronomy, people-watch and stroll, and visit the equatorial line, which was just about the most I could make out of Quito in just a short day and a half.

This entry was posted in Ecuador and tagged mitad del mundo. Bookmark the permalink.