After our lovely dinner with Bao and his family, Chris and I got dropped off at the Ha Noi Train Station via scooter, thanks to Bao and his dad. Despite it being dark and drizzly, we made it safely. We took the overnight sleeper train to Lao Cai, located in the far north-western region of Vietnam just about a mile south of the Chinese border, which took about 10.5 hours. The time table said it should have taken 8 hours (10pm-6am), but it arrived closer to 8:30am local time. It wasn’t surprising to learn later that the trains here run on “Vietnamese time” as well. Trains here are typically 2-3 hours late…and this is considered normal! 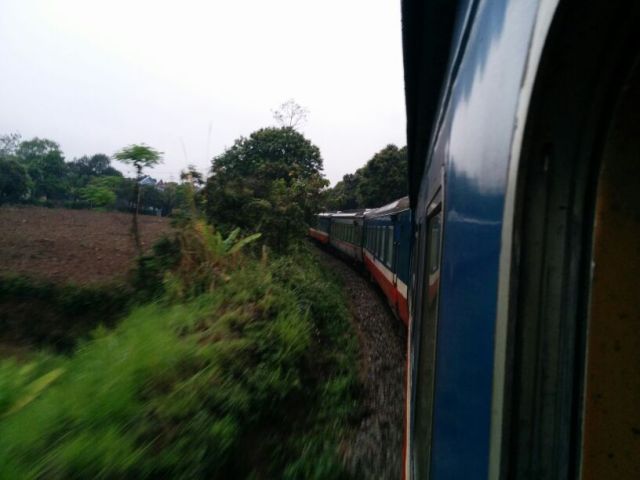 From Lao Cai, we took a bus to Sapa, a stunningly breathtaking route into the mountains (34 km, ~1 hour).  As we traversed the narrow, winding road shared with other motorists, slow-moving trucks, and pedestrians up 1000m into Sapa, a group of 3 Australian women asked us how much we paid for our tickets. Chris told them 50,000 Dong each, which is roughly $2.50 USD. Apparently they each paid 300,000 Dong each ($14 USD)!!!! o__o  My advice to anyone traveling to Vietnam is to do all your research before going to tourist spots so you know exactly how much you should be paying to avoid overpaying!

During the drive, we saw Vietnamese ethnic minority groups mingling and roaming about. There are 8 different ethnic groups in Sapa: H’mong, Zao, Tay, Giay, Muong, Thai, Hoa, and Xa Pho, which make up an estimated 31,652 people. About 3,300 live in Sapa, and the rest live in villages and farms throughout the mountainous region.

Literally, and I mean LITERALLY, as soon as we stepped off the bus, we were greeted by a large, smiling group of H’mong women. “HELLO! Where you from?!” asked one cheerful, round-faced young woman, Mao (pronounced Ma), who later ended up being our guide and friend.

Below is the group of women who bombarded us. Mao is the second girl from the left, in the red coat. Her English was phenomenal- slightly broken, but fluent enough to get around the U.S. if she wanted to. 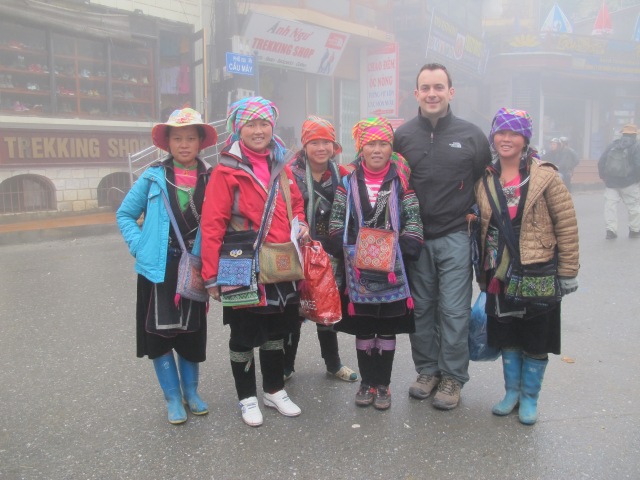 Chris and I were immediately charmed by Mao and agreed to do a 2 day, 1 night home-stay tour with her on Tuesday. She would guide us through local villages, including her home town, and take us to a H’mong home where we would spend the night with other travelers. We agreed to meet her in front of our hotel on Tuesday at 9:30am, and then we explored Sapa on our own on Sunday and Monday.

Pictures below showcase Sapa market, the locals, the food, and some scenery.

Below is the adorable young woman who guilt-tripped me into buying one of her hand-made purses. She is 20 years old, with 2 children. Most young women carry their infants on their backs so they can work by sewing or working in the rice fields. 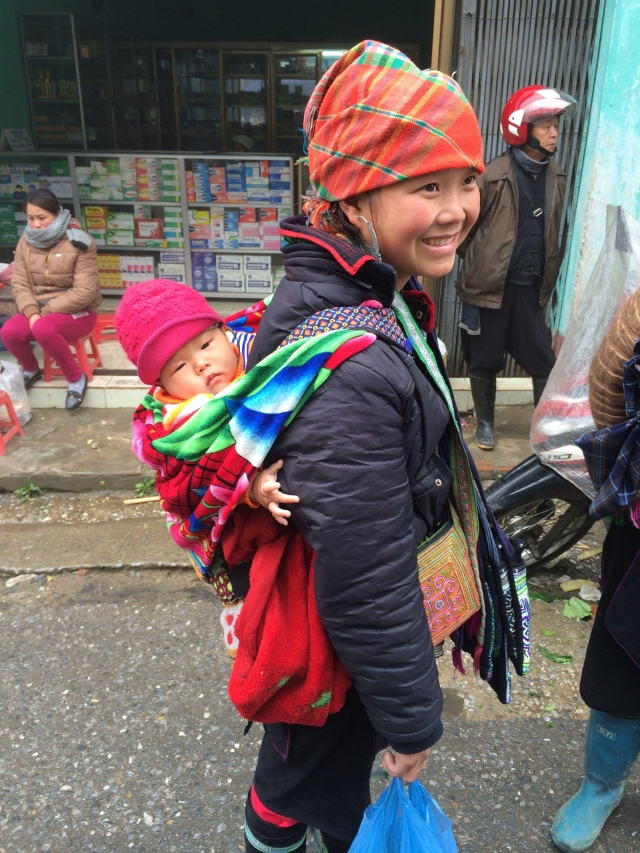 Random shots from the streets and markets: 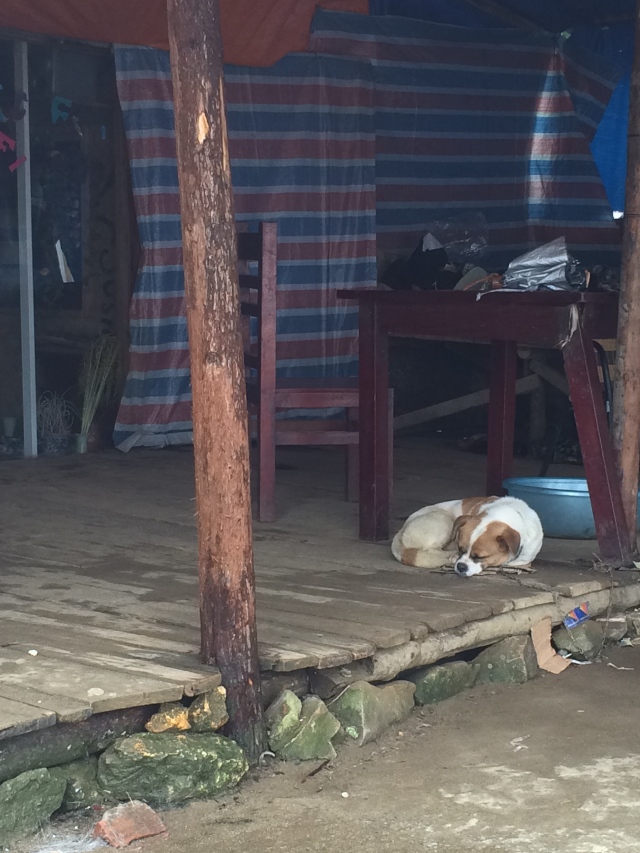 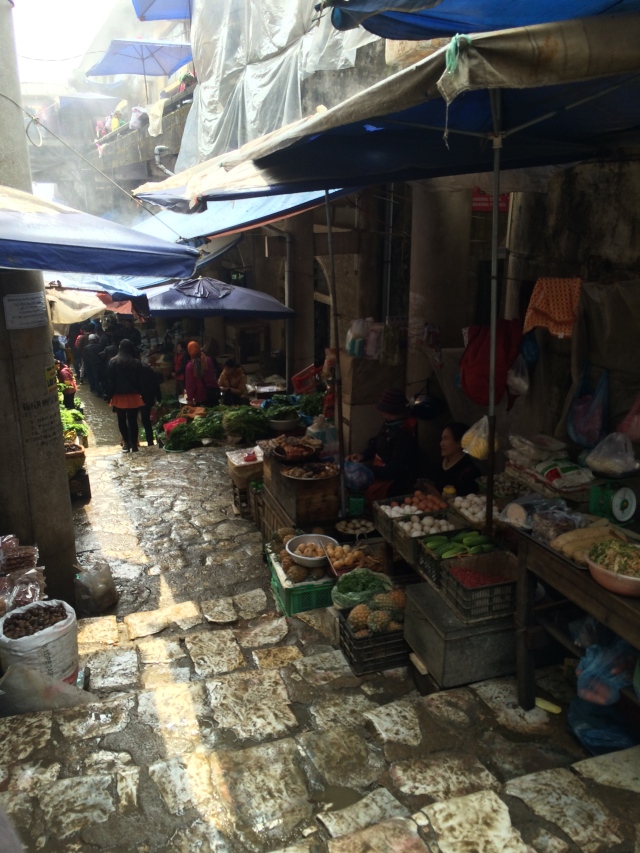 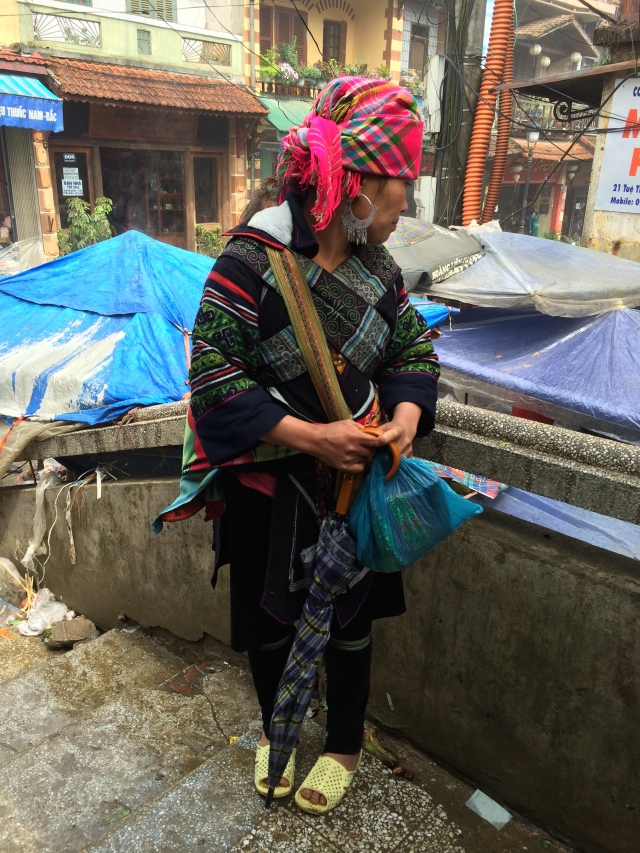 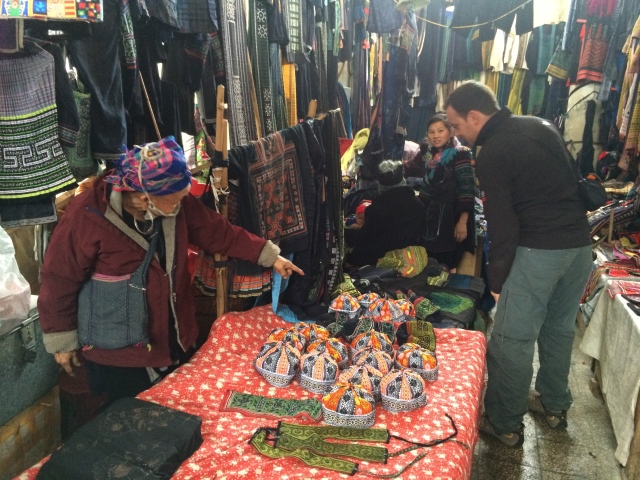 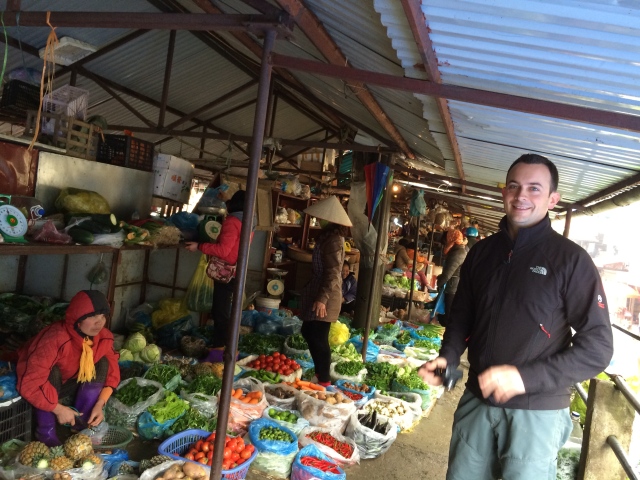 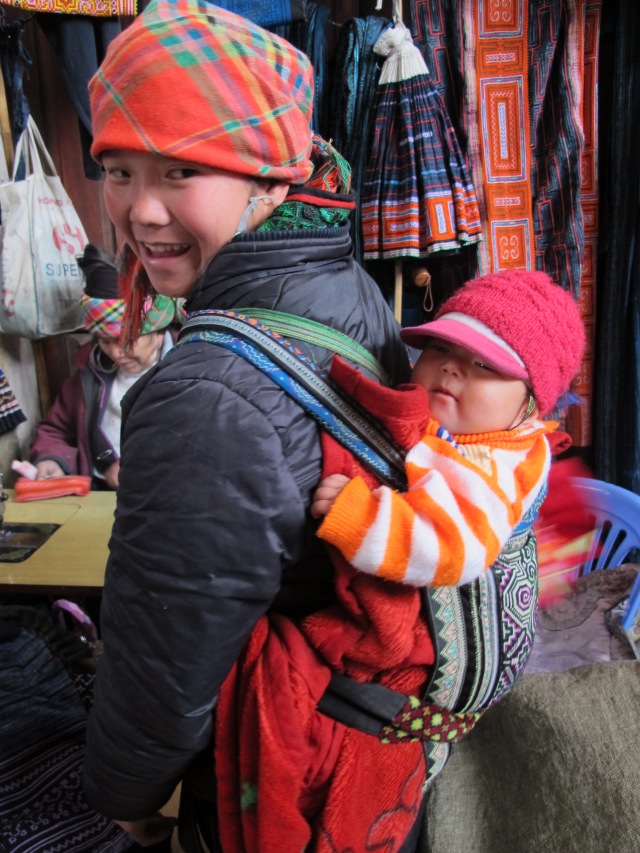 This is where they bombarded me to make a sale:

After the guilt-trip sale, we got some hot Vietnamese coffee and ate our first bowl of phở in Vietnam, northern style, which was SO FREAKIN DELICIOUS!!! It was a cold day, and the savory, warm broth was soothing to my stomach and soul.

And for dessert, we got one of my favorite snacks, bánh rán, from a woman frying them in the streets! They were fresh and HOT!