Nha Trang to Hoi An

Our last day in Nha Trang included renting a motorbike and riding out 25 km north to Ba Ho Waterfall. The ride along the coastline was spectacular, especially at sunset.

That evening upon returning the motorbike and grabbing dinner, we packed our sweaty, stinky bodies and gear into a cramped sleeper bus en route to Hoi An, about 510 km north. It was a very long, bumpy 12 hour ride. Imagine riding and trying to sleep in a large bus driving down undeveloped double lane roads shared with trucks and scooters. In Vietnam, it is normal for vehicles to cross over into the opposing lane to pass up a slow moving vehicle, and swerve back while simultaneously blaring the horn just in time to dodge an upcoming truck or another bus. It was constant acceleration, brake-slams, deafening honks, wild swerves, and jolting bumps. Woot.

When my heavy eyelids opened after dozing in and out of poor slumber, the blood-shot sun was just rising above the muggy horizon. It was 5:30am. We arrived in Hoi An at 6:30am, grabbed a taxi (the driver of course tried to rip us off but we didn’t let him), and dropped our gear off at our hotel. Fortunately, we were able to check in at 8am, so we took showers, napped, and ventured out to explore Hoi An.

Hoi An was the ancient river city of international trade, where Indians, Dutch, Chinese, Japanese, and Indonesians would come together for months at a time to trade goods. Its old buildings are actually well-preserved despite the war, and, when viewed at dusk lined up along the river with brightly lit lanterns, it is not uncommon to hear, “This is such a beautiful city!” Hoi An, with its charming architecture and rich history, became a UNESCO World Heritage Site in 1999. No longer an international port, most of Hoi An’s original homes along the river have been sold to become commercial spaces (restaurants and souvenir shops), and is now a major tourist destination in Vietnam.

Our first morning strolling through a local market: 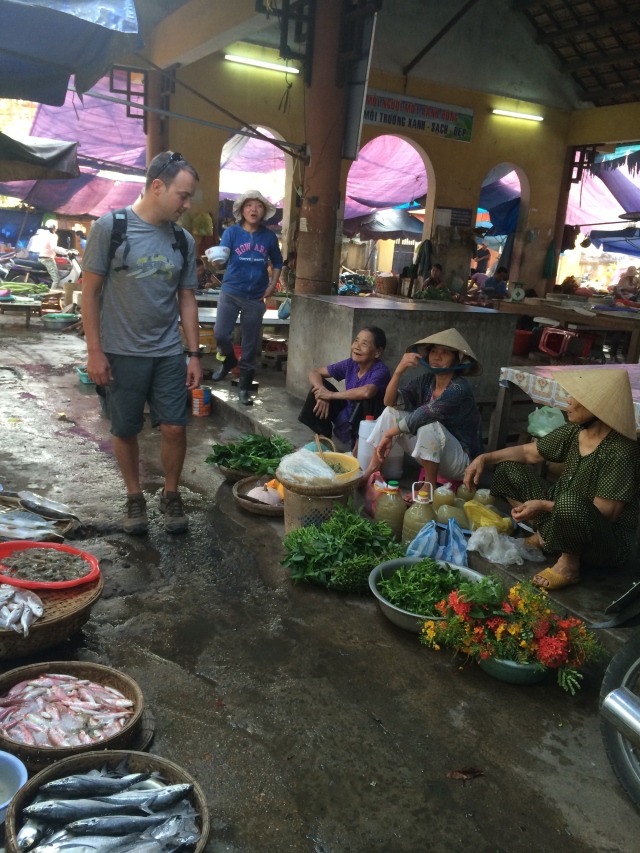 A stroll through central downtown: 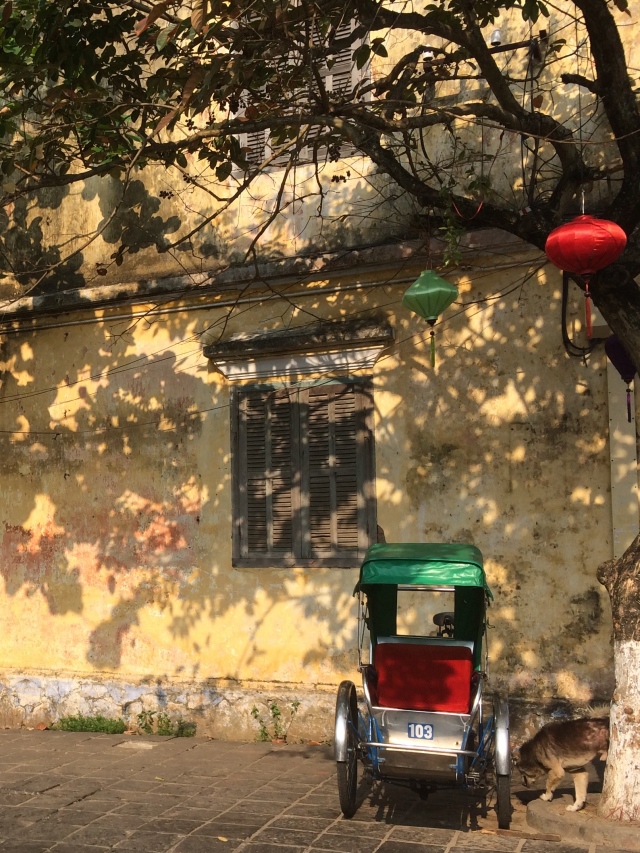 Ho An radiates with beauty once the sun sets. We were fortunate that our first night in Hoi An was a full moon night; thus, a full moon festival was celebrated that night by locals and their children. 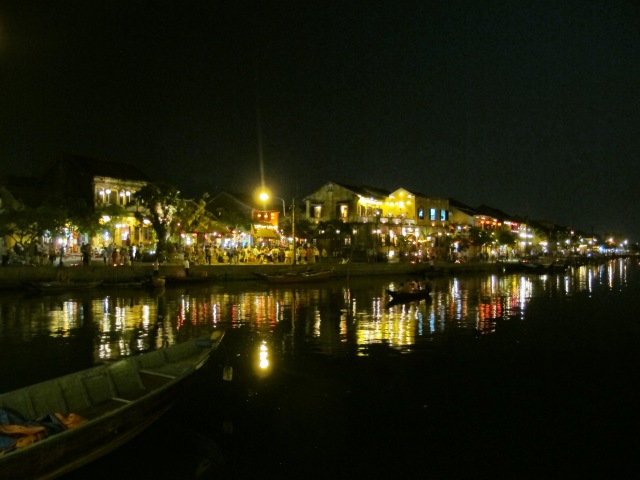 Every night in Hoi An (especially during the full moon festival), children, their mothers, and their grandmothers light up dozens of candles, set them in paper cut out trays, and sell them to tourists to float down the river. While Chris and I were not fans of littering the river, we thoroughly enjoyed watching families take part in this tourist attraction.

1 Response to Nha Trang to Hoi An