Hội An to Đà Nẵng is only about 30 km away, so we decided to pass on the $10-$25 transportation options from travel agencies and opted for the local public bus instead, which was less than $1 USD/person! Score!

Although local buses may rip off foreigners (we fortunately did not get ripped off during our trip), I found that service on Vietnamese local buses far exceeds SFMTA’s bus services. There are 3 people who work on the bus: 2 who periodically take turns driving, and 1 who hangs partially out of the bus asking pedestrians if they need to get on (whether or not they are at an actual bus stop), helps passengers get off, and collects money. The bus also played music and even had an altar!

Despite the fact that Đà Nẵng is Vietnam’s third largest city, there is hardly anything to do there. There aren’t many tourists, so food is especially cheap. Upon arrival, we got a quick snack of one of my favorites, bánh khọt:

For us, our highlights in Đà Nẵng were: the Dragon Bridge, Marble Mountain, and an American-owned restaurant called Bread of Life.

Because Đà Nẵng has a river that runs through the city center, there are 5 unique bridges that are all about 600 meters long. The coolest bridge was the Dragon Bridge, which first opened to the public only in March 2013! Apparently it breathes smoke and water every Saturday and Sunday nights at 9pm, so we were sad to miss it. 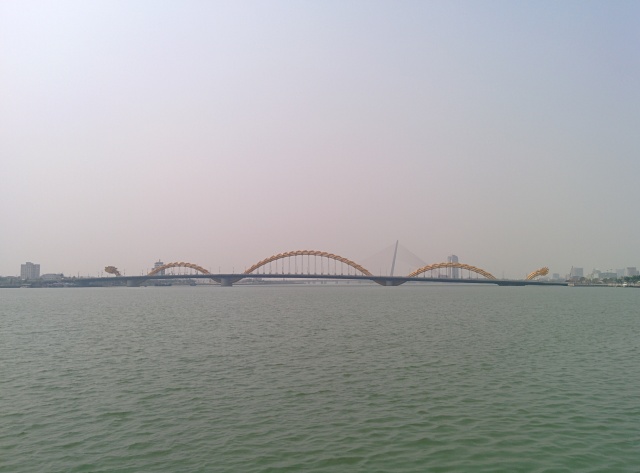 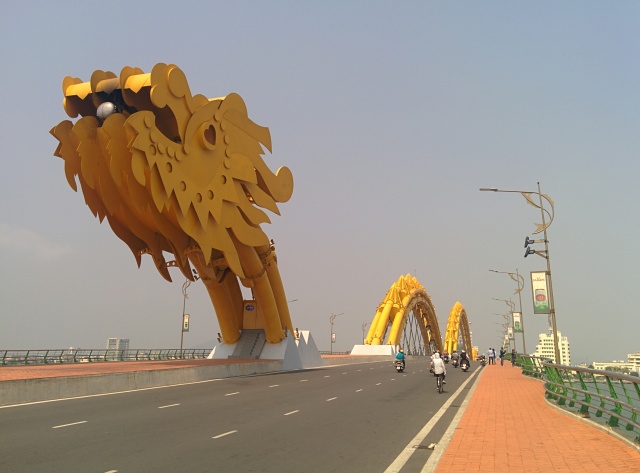 After we crossed the bridge, we made our way to the Marble Mountains. There are 5 clusters of marble/limestone mountains in the area. Each of them have caves and tunnels that were used as shelter during the war, and now also have Buddhist sanctuaries. Here is how it looks from a distance:

And this is a view from the highest peak of one of the mountains, overlooking the other marble mountains:

There was no shortage of steep stone staircases. The heat and humidity made it even more challenging. 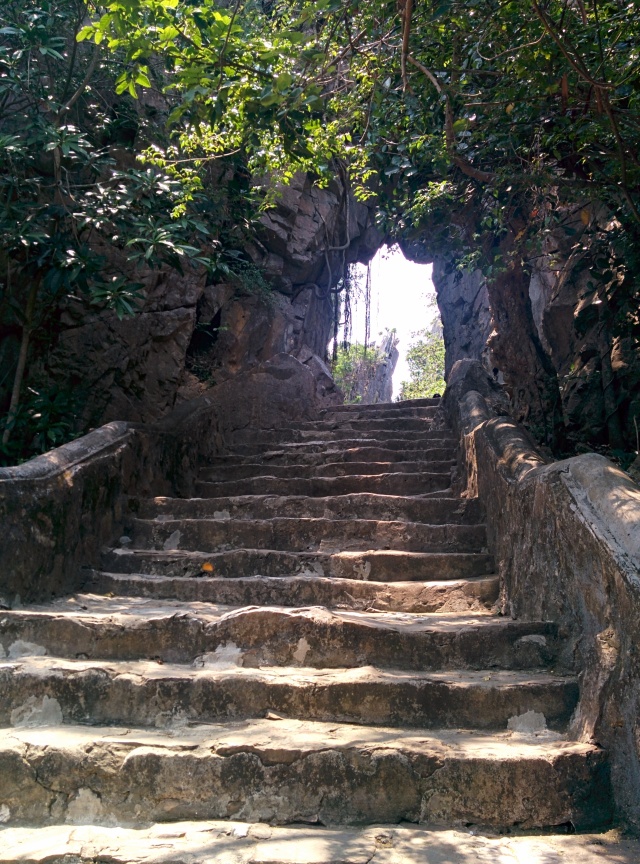 We explored small caves and tunnels:

The final destination rewarded us with a large Buddhist sanctuary, carved out from a cave, and lit by the openings on top. 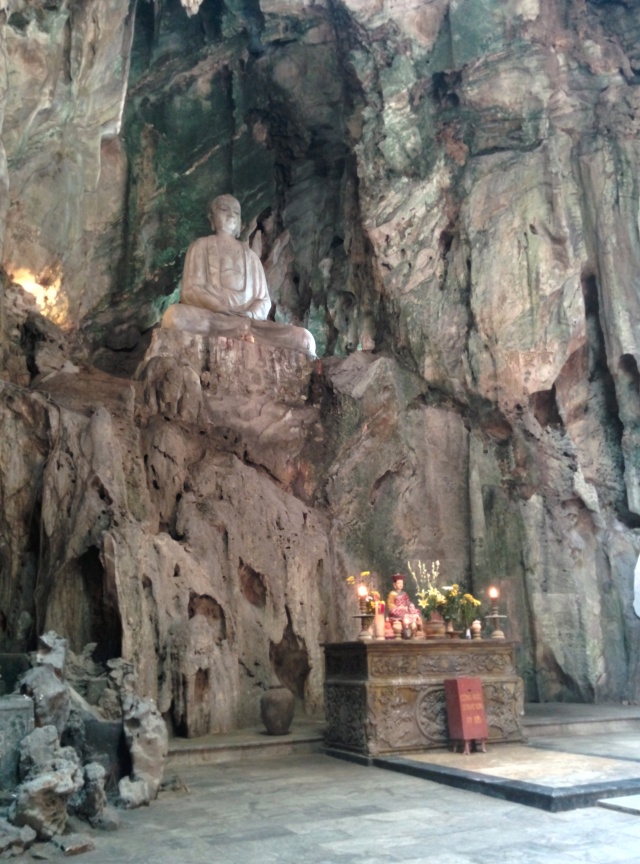 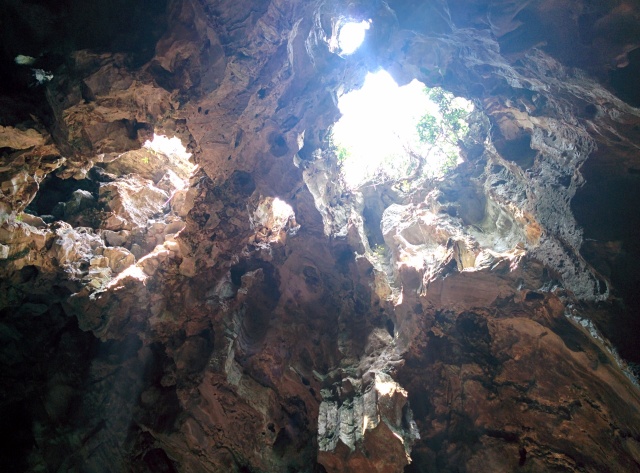 Chris even put together a really cool photo sphere. Check it out!
https://plus.google.com/+ChrisRomp/posts/4rgSzppLiFY

Bread of Life employs deaf workers and proceeds help support projects for the deaf. It has an excellent cafe atmosphere, offering fresh-baked bread and cake, fried chicken, and divine sandwiches — try the tuna melt or the pastrami and cheese. If you happen to know any American Sign Language, the Vietnamese version is similar (both derive from French sign) and you might actually be able to communicate here better than trying to speak Vietnamese. At least one hearing staffmember is always on duty to translate orders for customers.

I’m not sure if all of you know, but Chris used to work with deaf children when he was in high school and enjoys communicating with them. As soon as I came across that info, I knew we had to go there. Their Western food is great, which I expected since the owners are an American family (husband, wife, and son). We also found out that the husband was a veteran of the war and wanted to help the deaf community in Vietnam because deaf children in a developing country do not have opportunities for education or work.

At Bread of Life, we met Binh Ho, who was SUPER chatty!

We enjoyed the burgers and his company so much that we came back for pizza another night. This time, Binh invited us down to the kitchen to meet the whole deaf staff, who were cooks, bussers, servers, and dishwashers. They were all so eager and excited to meet a foreigner who could communicate with them. (If Chris wanted to spell a word he couldn’t sign, he’d ask me what the Vietnamese word was, and he’d spell out the Vietnamese word.)  It was a fun, heart-warming experience that I’ll never forget.

For more info about Bread of Life, visit: http://breadoflifedanang.com/