The funny thing is Malaysia was not a planned destination for our SE Asia trip. The truth to why we even came to Malaysia is kind of sad – AirAsia had a sale for $30 1-way plane tickets from Kuala Lumpur (KL) to Laos, and that was way cheaper than a $200 flight from Hanoi or Ho Chi Minh City to Laos. It also sounded more appealing than a 20+ hour bus ride from Vietnam to Laos. I asked Chris, “Hey, wanna go to KL?” “Sure!” Why not, right? We didn’t have anything else planned. I purchased tickets from Hanoi to KL (also on sale) and KL to Laos. A few days later I found out that there wasn’t much to do in KL, but diving in Malaysia was world class, specifically Borneo, not peninsular Malaysia. I didn’t even know there were 2 Malaysias. I ended up buying round trip tickets from KL to Tawau, but fortunately, those plane tickets were also on sale via AirAsia for a pretty cheap price. However, the journey didn’t end at Tawau. It was another 1.5 hour drive to transfer from Tawau to Semporna, the little town in north-east Borneo that serves as the gateway to its nearby islands. Since we booked it so last minute, we were unable to get lodging on an island beach resort and had to stay in Semporna. Semporna is small, dirty, and quite smelly (it reeked of fish all day, and rotten fish by evening), and is filled and surrounded by poverty. Beggars are common, especially child beggars, and they use whatever change they get to buy glue to sniff. These children are children of the gypsies, the local fishermen who live in the water villages on wooden stilts over the ocean. The idea of education does not occur to them, so their children beg and will most likely spend the rest of their lives at the ocean. If you are not a diver, it is not recommended you come here as there is absolutely nothing to do. Every morning the dive shops open and round up their divers for the day. Divers and snorkelers get into speedboats and get the hell out of Semporna to one of the many paradise islands 45 minutes to 1 hour away. It is quite mind-boggling to know that these beautiful islands occupied by foreigners who pay hundreds if not thousands of dollars are literally off the coast of a small, stinky, poverty-stricken town. It was literally paradise off the coast of Semporna. Our first day was spent at Mataking, where we made 3 dives. I gawked at the landscape of two tiny islands, connected by a stretch of sand.

Average water temps are about 30ºC, which is like a warm bath. Visibility is absolutely amazing. Wild life is abundant, and there was no shortage of turtles. Our first dive was our first wreck dive! 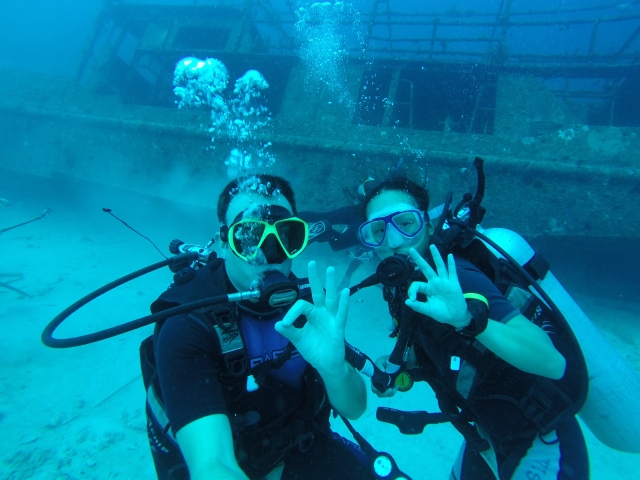 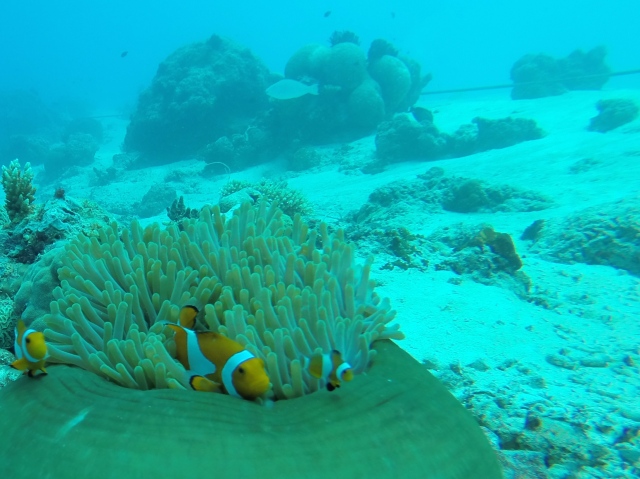 During surface intervals, we also had fun snorkeling and playing with sea life.

On our second day of diving, we got to dive at the world-famous Sipadan. In order to preserve the island and protect its habitat, the government shut down all resorts and shops on the island in 2004. Sipadan is now a “park” that has a limit of 120 divers per day. It is known for its surplus of turtles and sharks, drift diving, and the amazing 600m wall that literally just drops from the edge of the island.

There were large schools of fish that did beautiful things in the water. 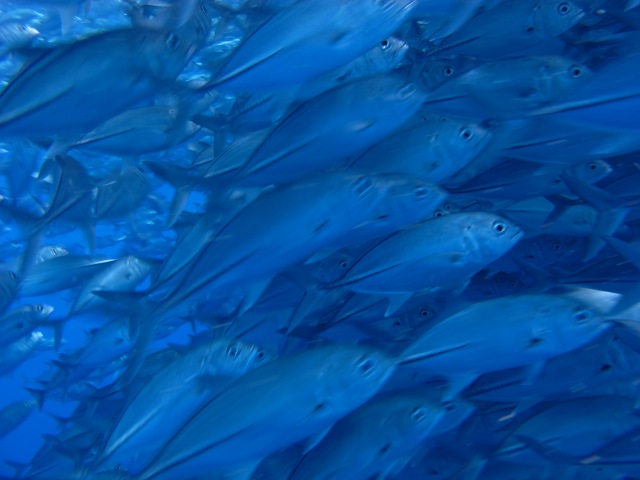 Sharks and turtles! Chris even got to swim with a turtle. 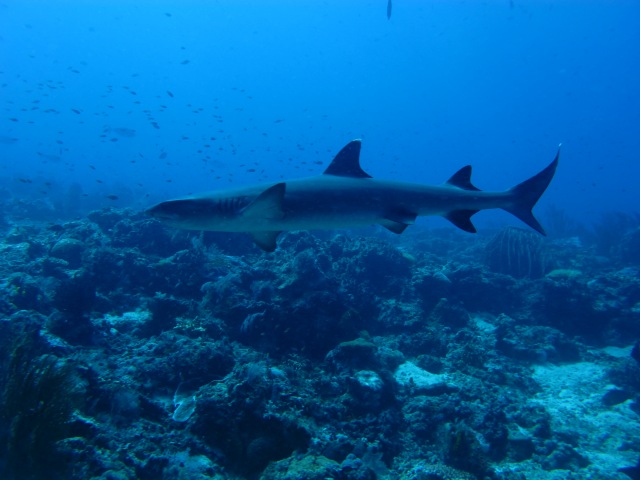 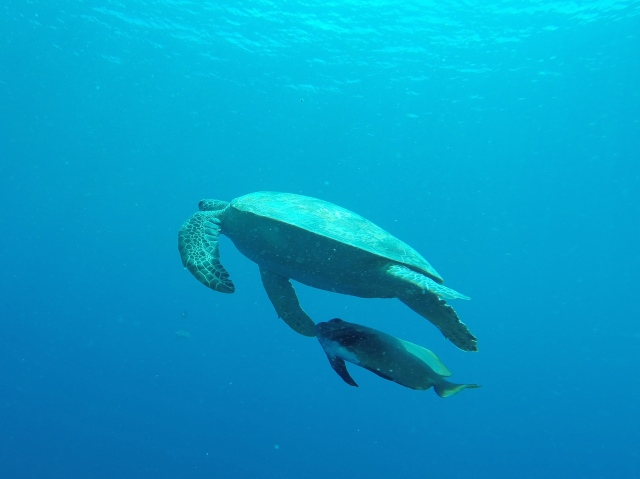 On our third day we took a day off diving to spend some time with Shannon and Jason, Chris’ friends. We did a quick but steep hike up to Bohey Dulang to take in some spectacular views. 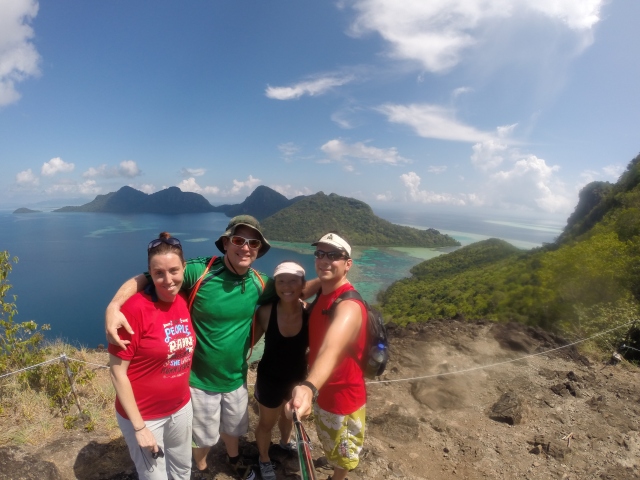 And we spent the rest of the day snorkeling and relaxing in paradise.

Our days in the paradise islands are now over, and we are off to Kuala Lumpur next to check out the Petronas Towers! Some photos above by Uriel Hancock.

This entry was posted in Malaysia. Bookmark the permalink.