Our main destination for the start of our South American journey was Torres del Paine Nacional Parque, which meant the following itinerary:

Instead of completely skipping through Punta Arenas and heading directly for Puerto Natales, we spent a brief amount of time in the southernmost town of Chile.  Due to its location, this town faces unpredictable rain and wind at all times.  And I’m not talking about what we know as wind.  I’m talking about 100-150 km winds that can force the city to put up ropes between telephone poles for people to hold onto when walking down the street. Fortunately we lucked out and only endured mild winds.  Here is Chris proudly pointing out where we were on a map!

Below are some of the highlights of Punta Arenas.  We strolled up a hill to check out the vista point that overlooked the town and the notorious Strait of Magellan.  During the summer cruise ships typically disembark at the port of Punta Arenas en route to Antarctica. You can see a cruise ship in the distance below.

In the center of the town square stood a giant statue of Ferdinand Magellan. 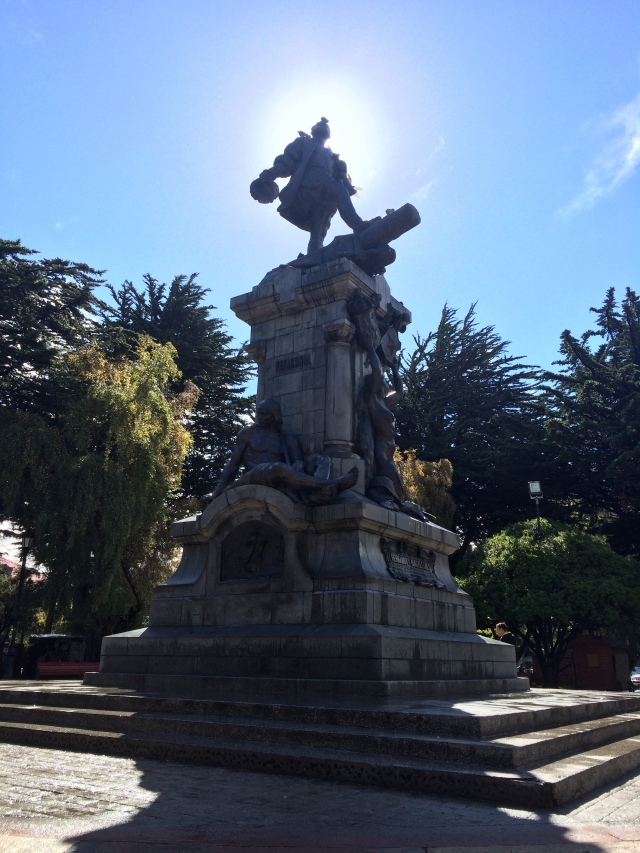 As odd as this seems, the town housed an “internationally renowned” cemetery that was recommended by travel guides, books, and tourist information centers.  Apparently this cemetery was designated a National Monument of Chile in 2012.  And what did we think? Well, we loved the Twinkie-shaped trees!  The garden reminded me of some wonky yet magical secret garden. 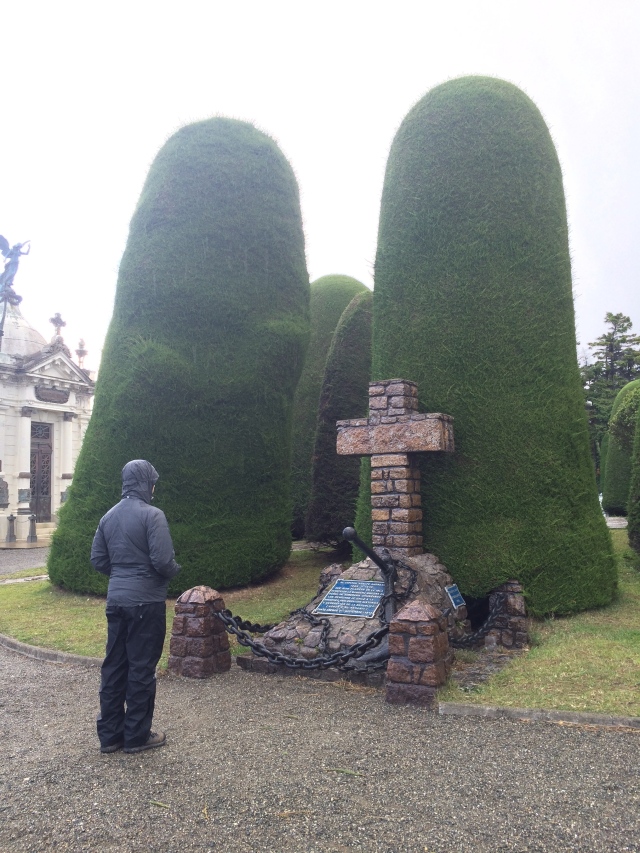 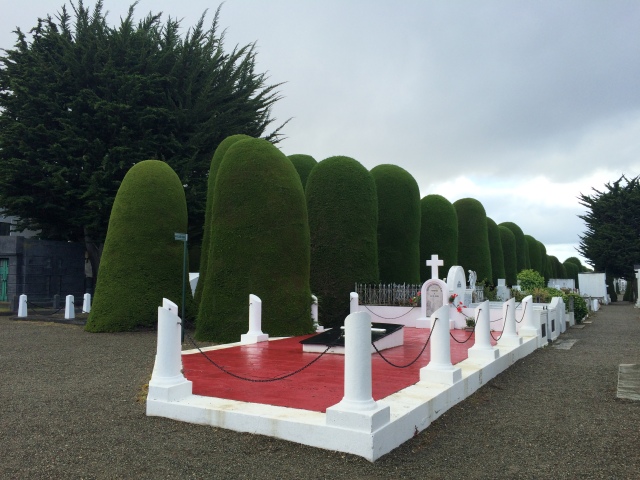 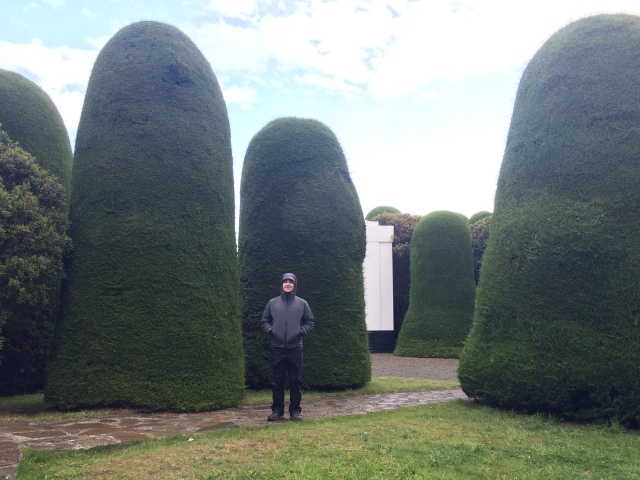 We were shocked at the size of some of the tombs specifically designed for individuals and their families.  I mean shit, these structures were grand enough to be mini mausoleums!

Our primary reason for visiting Punta Arenas was the excursion to Isla Magdalena, a tiny island in the strait of Magellan only accessible by boat.  Each year Magellanic penguins come to this island around October to breed.  Between November and December the eggs hatch, and by January and February (peak season), over 60,000 penguins can be seen on the island in their own wild habitat.  In March the penguins begin to head south for the winter, and all the penguins are gone by mid-April.  Since it was mid-March, we thought we’d give the island a shot and hope for the best.

There are two primary ways to get to the island: the ferry through COMAPA for 30,000 CLP per person, or the Zodiac boat through Solo Expediciones for 52,000 CLP per person. We ended up going with Solo Expediciones because the ferry ceases its tourist excursions to the island at the end of their high season in mid-March, which was March 14 (missed it by 2 days–DOH!).  Because this excursion is dependent on weather (50% chance of cancellation due to weather), we had to keep our fingers crossed for the trip to happen. Rain, wind, and boats do NOT mix, and the entire area was notorious for rain and wind…

…except for the morning we set out for Isla Magdalena!  The morning was muy perfecto.  There was surprisingly NO wind and the sun climbed over the Strait of Magellan as we boarded onto the boat.

It was a smooth ride all the way to the island.

We only had 1 hour to explore Isla Magdalena, so Chris and I took off as soon as we stepped foot onto land to get away from the crowd.  Within the first 15 minutes or so, the clouds parted and we were granted blue skies and sun for perfect lighting.  I kept reminding Chris how much we lucked out with the weather.  Because it was mid-March, there weren’t thousands and thousands of penguins, but there were enough to captivate our hearts. 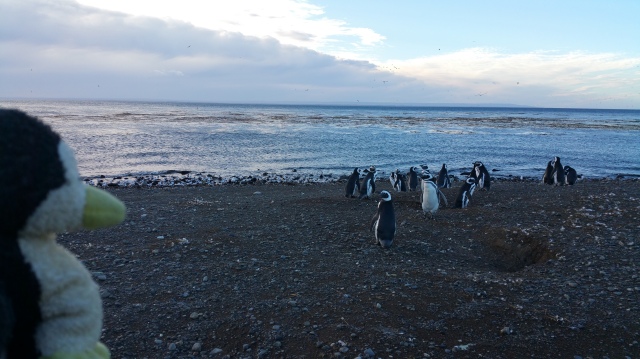 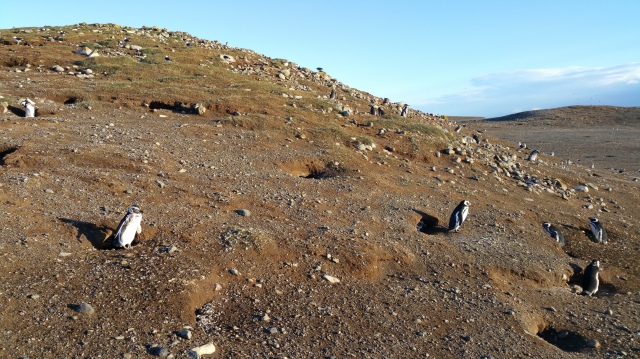 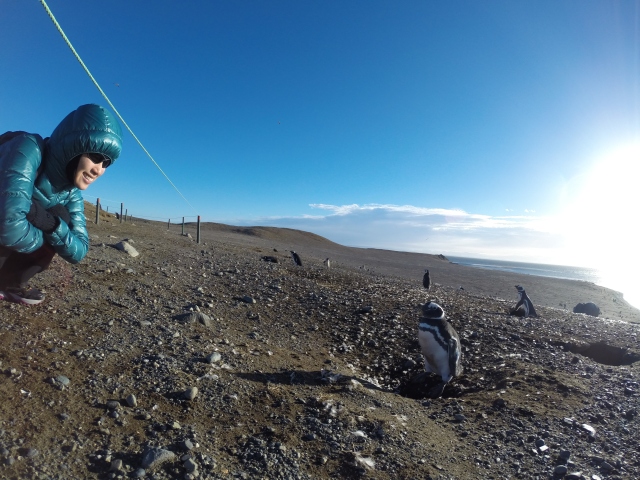 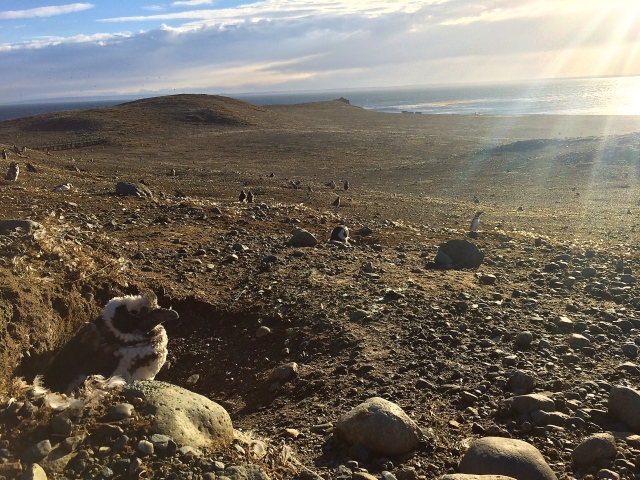 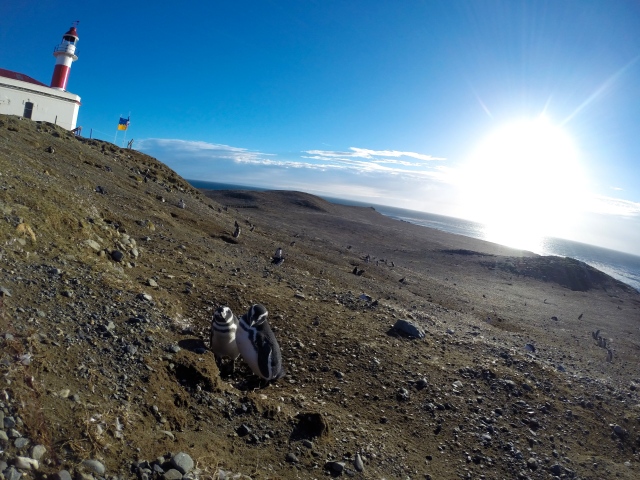 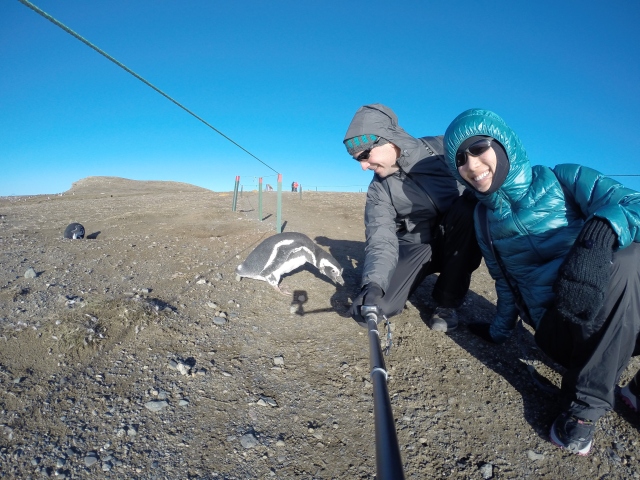 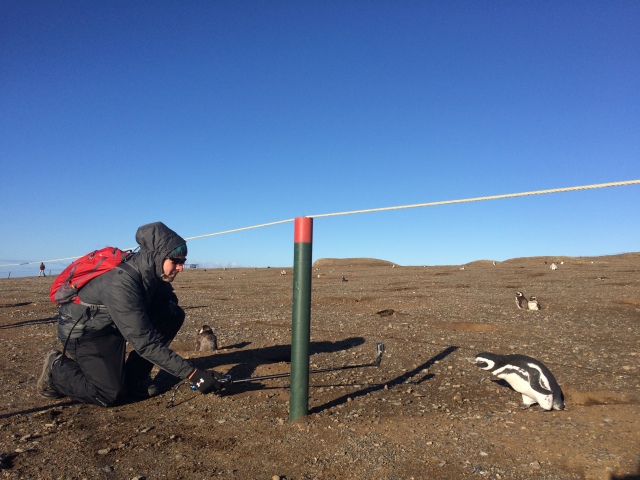 An hour of “Aaawws” quickly passed by and we were on the boat again.  I’d like to mention that the wind picked up shortly after the sun came out, which called for a rocky boat ride on the way back.  Fortunately the Drammamine we took that morning prior to boarding the boat saved us, whereas others got seasick. Whoo!

Punta Arenas was a quiet, small town with not too much to do.  I can only recommend going there for the Isla Magdalena penguins, but even then, it’s hit or miss due to the weather.  Exactly 24 hours after visiting Isla Magdalena, we awoke to strong wind and rain, and I immediately pitied those who booked the tour for that day. Chris and I knew how lucky we were to not have turbulent winds during our penguin excursion, and that truly made our experience in Punta Arenas and Isla Magdalena a memorable one.

This entry was posted in Chile and tagged isla magdalena, punta arenas. Bookmark the permalink.