Originally, we hadn’t planned on visiting Denmark. In fact, there was only one reason that brought us there, and I will share that reason at the end of this post. As soon as we added Copenhagen to the map, I was thrilled. This meant that we were not only going to Scandinavia, but we were also going to perhaps the hippest Scandinavian city! (And we we’d be stuffing our faces with world-famous Danish pastries too!) Sure, Stockholm ranks high on the “cool city” meter, but even many Swedes settle near or in Copenhagen due to its vicinity to mainland Europe and the rest of Scandinavia. This was the furthest north we’d be traveling during our road trip, and the furthest north up the globe we’ve ever been to date.

We spent our first couple of nights at a free stellplatz in Vaerlose, and we spent our final couple of nights in the heart of Copenhagen at Ascott Hotel. On booking.com, there were numerous last-minute deals for the weekend, and Ascott fit the bill with their prices and on-site parking facility. Two nights weren’t terrible for Kr 1379 ($202.13) considering how expensive everything in Denmark was, and we paid an additional kr 390 ($57.14) to park our RV in their lot. To be clear, the reason why we planned two nights at a hotel with parking was because we had a friend visiting from the U.S. While we stayed in the hotel, our friend stayed in the RV. =)

Like other European capital cities, Copenhagen satisfies any traveler’s needs with its spread out yet walkable streets, edgy and beautiful neighborhoods, picturesque canals lined with colorful shops, and too many pastry shops, restaurants, museums, and historical sites. Our only downside for visiting during the off-season was the temporary closure of the famous Tivoli garden for maintenance. At least there were plenty of other sites to see!

Not far from the central station is the lovely City Hall:

Roaming the charming streets should be an adventure in itself: 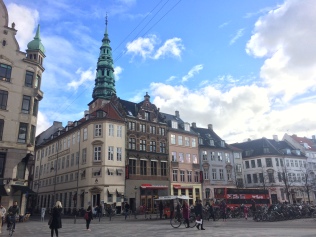 The eye-catching structure that was once the stock exchange building: 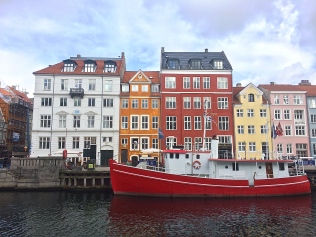 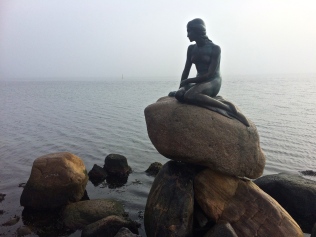 A scrumptous display of Danish Smørrebrød, or open-faced sandwiches:

The small Rosenborg Castle, which houses the Danish crown jewels: 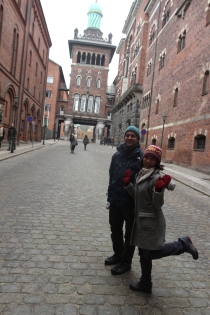 My favorite site was the Church of Our Savior due to its spiral stairway that hugs the tower. For kr 35 ($5.13) each, we climbed the stairway to spectate the incredible views of the city. 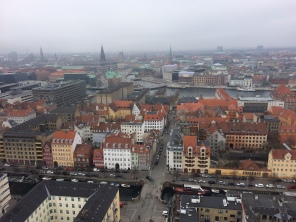 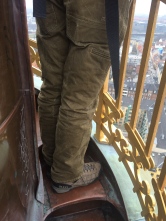 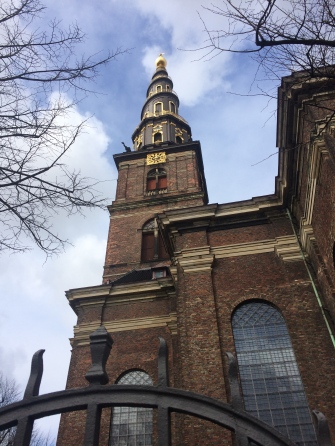 Copenhagen will forever hold a special place in my heart, not because of its hip factor or gorgeous scenery.  What makes the entire country of Denmark incredibly special is that Denmark is the first country to allow anyone to marry, regardless of sexuality.  The Danes believe that two adults who love each other should not have to fight any legal, religious, or bureaucratic battles to marry.  With that belief, marriage in Denmark is an incredibly simple and beautiful process.

We married on February 29, 2016 in order to have a leap year anniversary.  All we had to do was submit an application, pay the fee of kr 500 ($73.75), and pick a date a couple months in advance.  Four days before the ceremony, we appeared at City Hall to hand over our passports for a quick check.  And finally, we visited City Hall for the last time the morning of February 29th to exchange vows and rings, and sign the marriage documents. 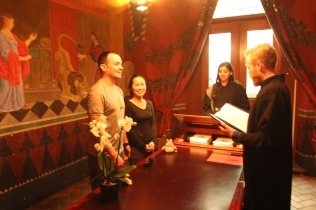 After the marriage (which took about 10 minutes), we walked over to our favorite bakery for a chocolate “wedding” cake.  They even let us pop champagne. 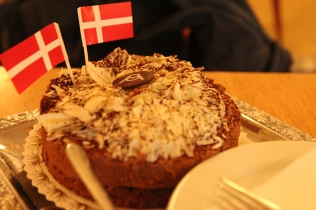 Once we finished celebrating, we immediately left Denmark en route to Amsterdam.  It was time to party!

This entry was posted in Denmark. Bookmark the permalink.