It’s super easy to get castled-out in Europe, especially Denmark.  There are too many damn castles everywhere!  But Kronborg Castle caught my attention because of its location.  With its strategic location on the northeastern tip of Zealand in Elsinore (just an hour’s drive north of Copenhagen), sitting at the narrowest sound between Denmark and Sweden, it had to have a fascinating history.  And it definitely did.  For only kr 90 ($13) each, we were able to explore much of Kronborg at our own pace. Due to the number of rooms and galleries that were available to the public, Kronborg quickly became our favorite castle we have visited thus far.

One would think that a castle so beautiful would have been constructed for a royal family, but not at first.  Instead of serving as a residential palace for royalty, Kronborg originally served as a tariff-collecting fortress, charging taxes for all ships passing through the 4-km wide sound for hundreds of years.  It wasn’t until later when Kronborg was converted into a residential palace once it was rebuilt into a magnificent Renaissance castle, and much of the royal family’s original furniture are on current display.  Shakespeare gave this castle fame when he made it the setting for Hamlet.  From Kronborg’s beautiful exterior, to the king’s tapestries and the underground passageways, visitors can easily spend hours wandering and exploring the treasures on display.

The exterior of the castle (on a beautiful winter day!):

Ferries traveling back and forth between Denmark and Sweden:

The quaint town of Elsinore, as seen from Kronborg: 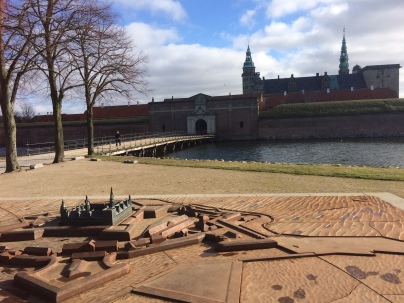 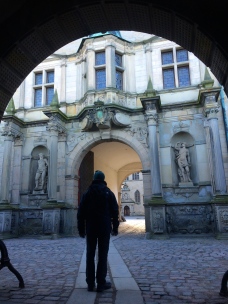 Cannons pointing toward the sound: 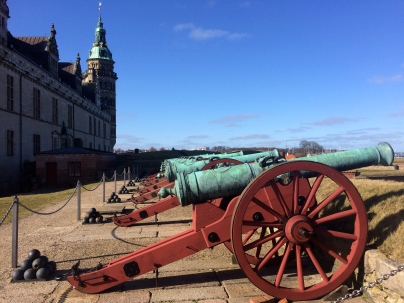 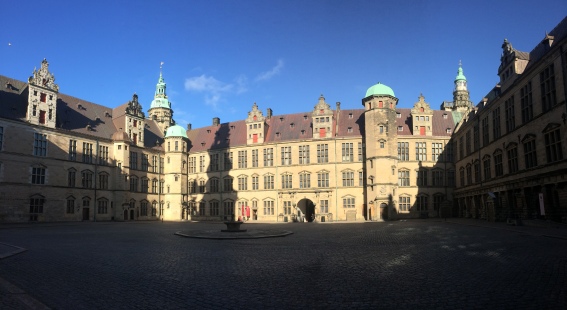 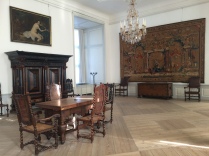 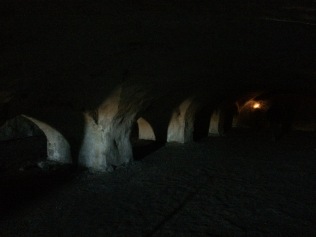 Since we began the self-guided tour right when it opened, there were no lines and we enjoyed the exhibits all to ourselves.  Hours later when we left the castle, crowds had formed and it was impossible to take a photo without other people in them.  My advice is to arrive before the castle opens to walk the surrounding grounds, and then stroll through the exhibits upon opening.  Kronborg is definitely worth the excursion outside of Copenhagen, especially on a sunny day.

This entry was posted in Denmark. Bookmark the permalink.