The whole world knows about Rome, which means getting even the most minuscule glimpse of a statue or building is comparable to high-level combat with amateurs. Despite all this, Rome still was and always will be remarkable. Her ruins, architecture, and art were glorified in photos throughout our childhood years, and as a result, images of Rome’s famous ancient ruins have been plastered to our minds. To see them in life was imagination solidifying into reality.

Most people spend several days taking in what Rome has to offer, but we only spent one day in Rome and one day in Vatican City. Because all of Rome’s famous sites could actually be seen in a single day (it was only a 15 minute walk from one site to the next!), and because the lines and crowds were already unbearable in mid-May, our visit became the sport of “do all the obligatory tourist stuff, dodge, and get the hell out.” Sure, it was rushed, but it was just too freakin’ crowded. Mingling between tour buses and groups was never our idea of a good time.

We pulled into LGP Roma right when they opened at 8am, checked in, and hopped on the metro straight into the city. Our first stop: the coliseum. We had already purchased our tickets online for €14 each, so we knew the queue wouldn’t be too terrible. Because it was still early in the day and we only had to go through the security line, we were in the coliseum within 20 minutes. Its exterior definitely lived up to its hype, and the interior more-so. Standing along the crumbled sidelines and gazing down at the center ring where thousands have been killed for entertainment was a moving experience. 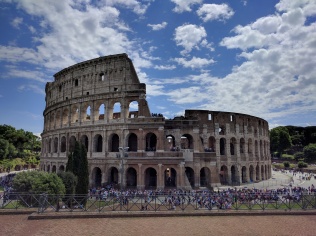 Upon exiting the coliseum, we immediately lined up to enter the Roman forum and Palatine Hill (the ancient city ruins). We probably waited about 30 minutes…buuuut it was absolutely worth the wait. I had no idea that the ancient city of Rome lay scattered within the heart of the modern city. Entrance to the forum was included in the ticket to the coliseum. 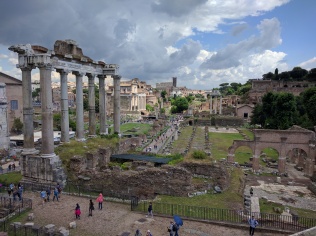 Then we took a much-needed lunch break before proceeding to the Mouth of Truth. We passed through Capitol Hill first.  Ancient statues resembled selfies! 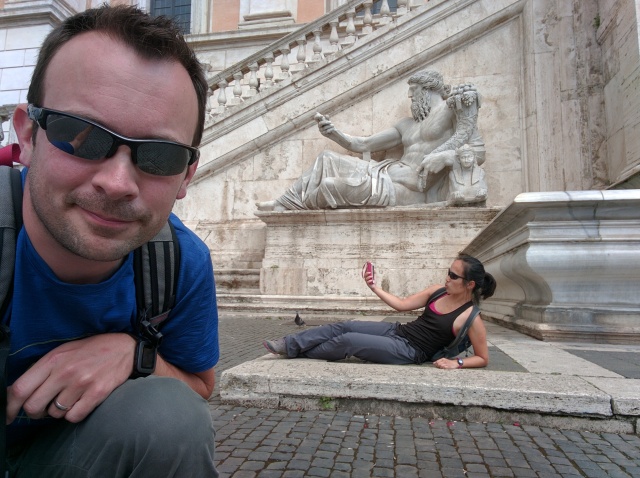 There was also a line to take a picture with the Mouth of Truth, but we didn’t mind because it was shaded.

As we headed toward the Trevi Fountain, we passed by the massive and extraordinary Monument to Vittorio Emanuele II, also called by locals “the giant typewriter.”

We didn’t spend more than a minute or two at the Trevi Fountain due to the crowds and combative selfie sticks.

Next was the Pantheon, followed by a leisurely stroll through the Piazza Navona.

We crossed the Tevere River up to Garibaldi Hill for apparently the best view of Rome, but it was more of a relaxing hang-out spot than an epic viewpoint. If you have time to kill, by all means, check it out. We most certainly had time to kill before chowing down on delicious Italian fare for dinner. Our goal for Day 1 in Rome was to see all the sites. I’d call Day 1 a success!

Day 2 was Vatican City: St. Peter’s Basilica, the dome, the Vatican museums and the Sistine Chapel, and the square. I had already purchased tickets to the Vatican Museums online for €20 each prior to arriving—please, do yourself a favor and purchase tickets online!!! The lines that we saw had to have been at least 3 hours long.

To get into the basilica (which was free, yay!), we had to of course wait in another long security check. Not all the security checks were up and running and we still waited about half an hour. Totally worth it of course to experience the world’s largest cathedral. 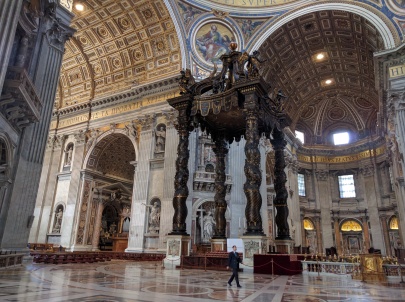 I had to see the iconic view over Vatican City, so climbing the basilica’s dome was a must. Another long queue and €6 each later, we climbed the spiral staircase into the dome. Yes, the views overlooking the city were worth the wait. 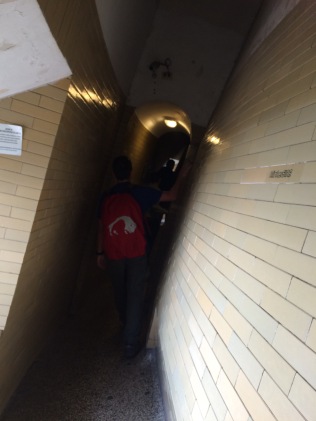 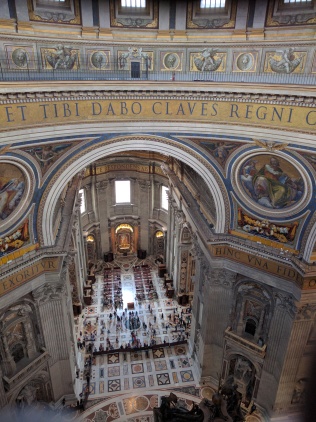 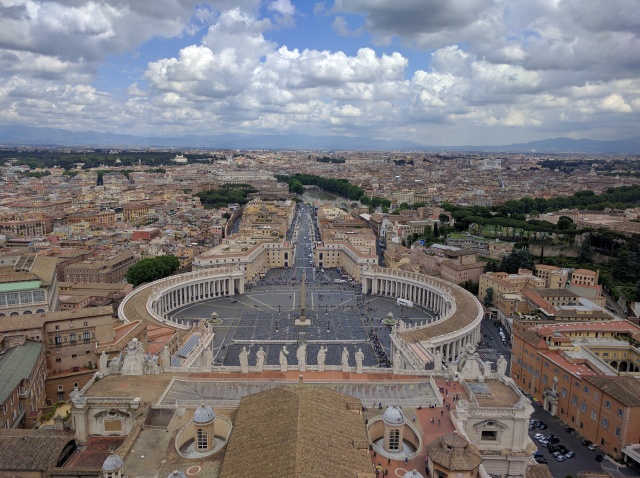 After leaving the dome and the basilica, we made our way over to the Vatican Museums and Sistine Chapel. Thanks to my online ticket purchase, we didn’t have to wait at all and we entered the museum quickly only to be smothered by tour groups and tour groups and even more tour groups. We really hate to admit but although the Vatican Museums were the most disgustingly packed museums we had visited during our entire trip in Europe with some of the worst tourists I’ve ever encountered (one tourist touched everything he walked by, and another tourist sat on a statue to take a picture with it), its 7 kilometers of sculpture, topography, tapestry, and painting exhibits ended up being our favorite museum of all. Its collections simply could not be beat, especially with the grand finale of the famous Sistine Chapel. 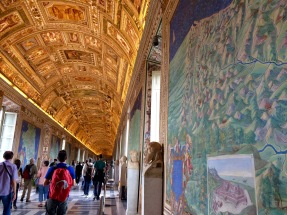 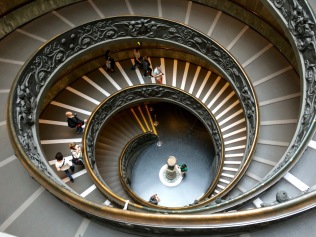 Despite all the wonders of the museum, it was a relief to leave it. It meant fresh air, no crowds, no pushing and shoving, and a revisit to St. Peter’s Square. When we returned to the square, it was early evening, which meant all the tour groups had gone home.  Refreshing and beautiful indeed. 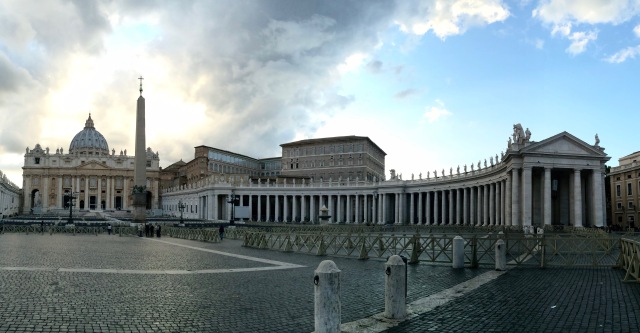 Like any major city, Rome, in addition to the overcrowded tourist sites, offered a plethora of wonderful cafes, restaurants, parks, and boutiques that would take a lifetime to enjoy. Between visiting the attractions we indulged in local gelato and panini shops and a low-key bar, making us equally charmed with the local neighborhoods as we were intrigued with the ancient ruins.  Had we chosen to stay in Rome longer we probably would have just ate our way through the city.  Yes, we rushed through Rome, only because our goal was to see the sites we spent our entire childhood learning about.  Rome was crazy, beautiful, and intense, and although we loved our short time there, we were glad to leave behind the traffic and the tour buses.

This entry was posted in Italy. Bookmark the permalink.