I found Split to be somewhat pleasant but more so underwhelming, perhaps due to having roadtripped around Europe the past four months.  Croatia has been a hot tourist destination for a long time now, so it’s no surprise that everyone who comes to Croatia has to visit Croatia’s second largest city.  Daily cruise ships also add to the large tour groups. Amidst the mediocre public beach, seafront promenade, shopping, and typical city-life attractions, Split’s unique highlight is Diocletian’s Palace.  To call it a palace is a stretch.  Formerly a fortress, residence, and town, Diocletian’s Palace is now ruins and an open-air museum that is lined with cafes, restaurants, shops, and trinket shops.  While unique, the highly restored ruins aren’t much to rave about.

Being Croatia’s second largest city, I had anticipated a parking nightmare.  Nope. Online research showed me that the outdoor parking lot across the street from Joker Mall was free with no time limits.  We arrived on a weekday afternoon and there was plenty of free parking (it seems to fill up in the evening, however).  It was also only a 15-minute walk to the historic center.  This was the main reason why we purchased a relatively small (<6 meters) motorhome. 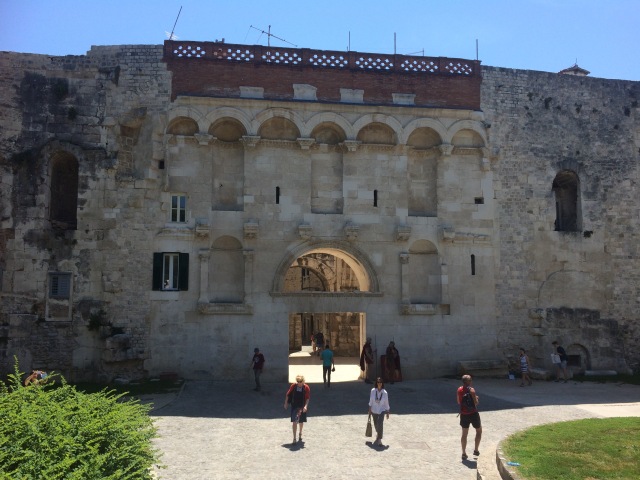 The heart of Peristil, the palace square: 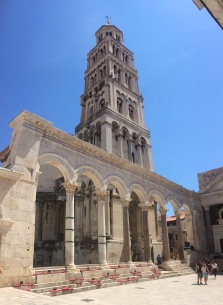 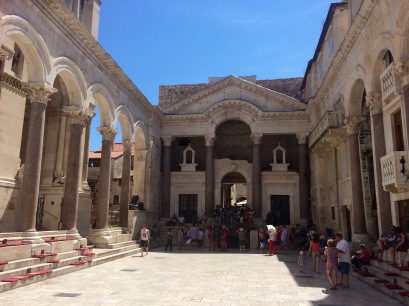 A cafe beside the cathedral: 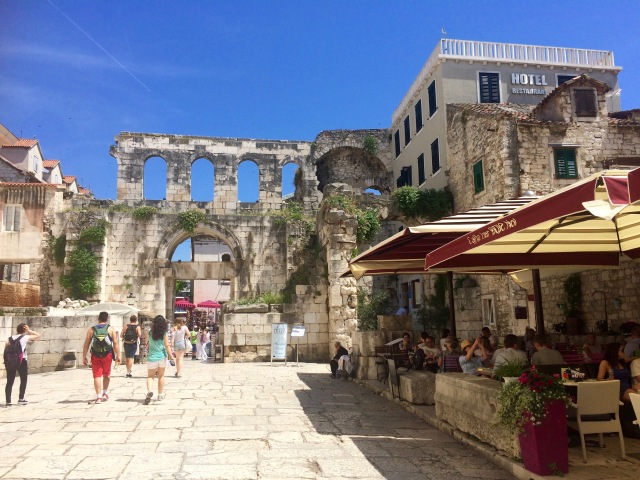 The cathedral tower from a distance: 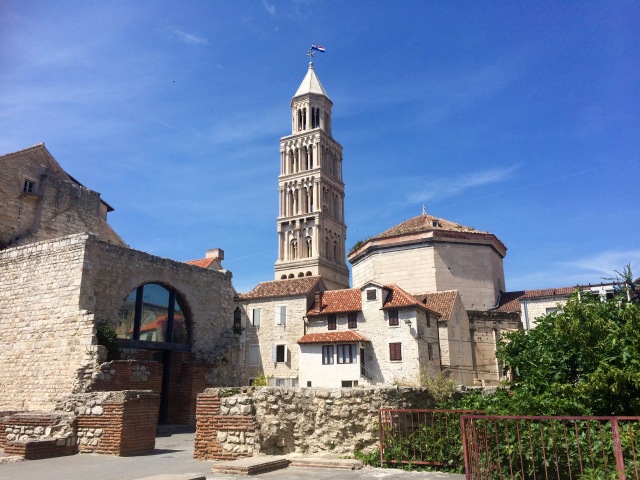 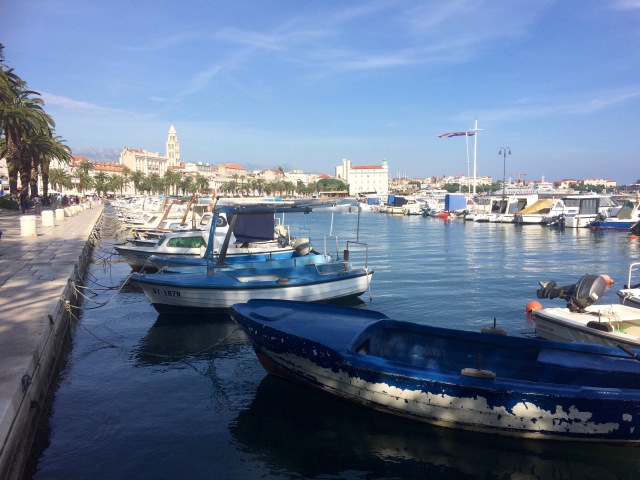 We even spent time at the local beach, Bacvice Beach; a nearby but unspectacular crowded beach that was a decent place to cool off and do nothing.  I couldn’t help but buy this particular beach towel. Be free! 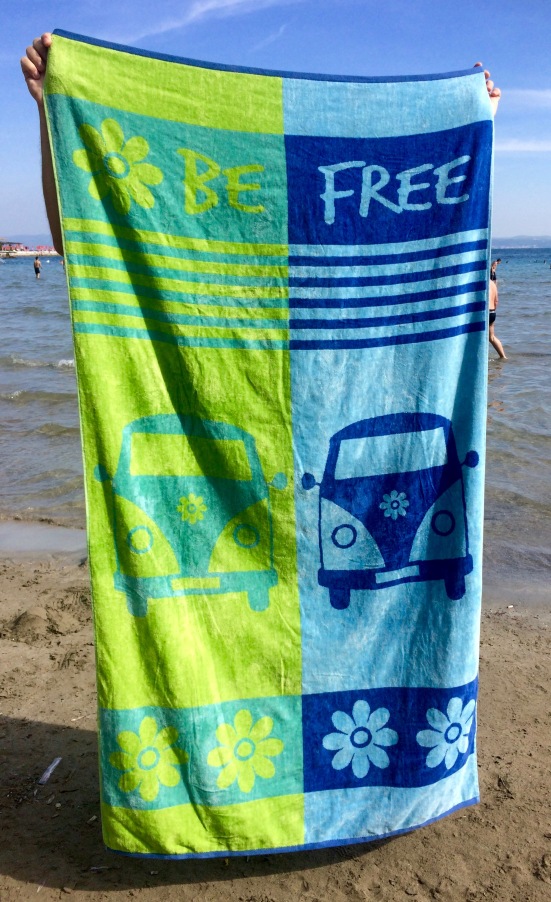 From the beach we walked back through town and up Marjan, Split’s hilly nature reserve.  Covered in trees, the whole park was a cool and relaxing getaway from the city buzz–a wonderful place for a jog or bike ride.  I had expected spectacular views from the hill but all the lookouts were obscured by trees. Damn those trees! 😉 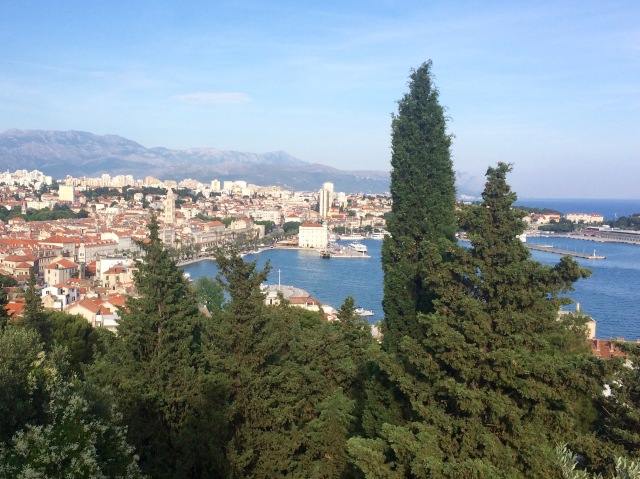 Naturally we craved seafood for dinner.  Because all the nicer restaurants were either overpriced or fully booked until later that evening, we resorted to the local budget option at Buffet Fife.  Large portions of fresh fish at relatively inexpensive prices (compared to other restaurants)! About €9-10 per plate of grilled and fried fish: 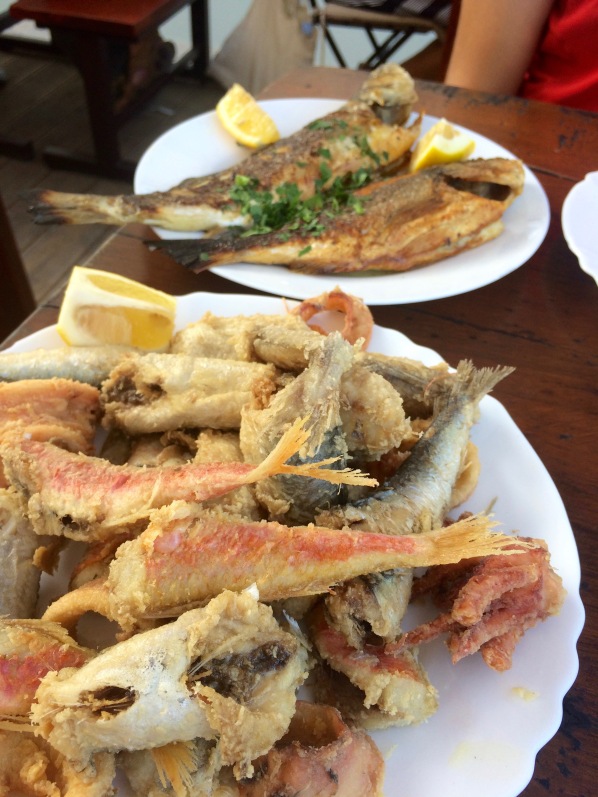 That evening Chris found a network of coastal trails and lots not too far from Split. We would have loved it if we didn’t end up getting eaten alive by mosquitos that the night. Ugh. 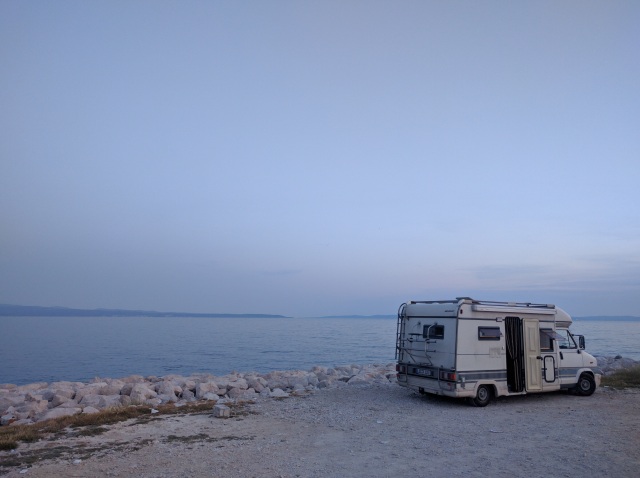 Split–it was another beach city highlighted on the tourist route due to the beautiful palace ruins.  I have no regrets going; it’s always better to visit a city and form an opinion than skipping a city altogether.

This entry was posted in Croatia. Bookmark the permalink.