Why is there a popular little city in southwest England called Bath?  Because of the natural hot baths the Romans built in A.D. 60!  Ancient Roman baths have been built all throughout Europe during the Roman empire, but the baths in Bath, England are the most preserved Roman baths in the world.  At first we were a bit hesitant to each pay the admission fee of £15, but not long after we entered we quickly learned that what we entered was more than just Roman baths.  It was a museum built upon the original foundation of the baths, explaining its construction, showcasing the hundreds of artifacts found in and around the baths, and depicting what they once were.  The baths had once been all indoors with monumentally tall ceilings, and now most of them remain as crumbled pools.  We were the first visitors to walk through the entrance when they opened at 9am and we enjoyed the entire Roman baths to ourselves before the masses arrived. 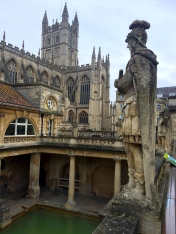 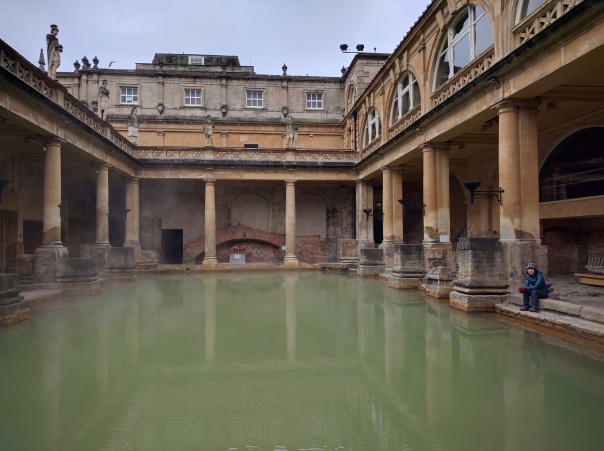 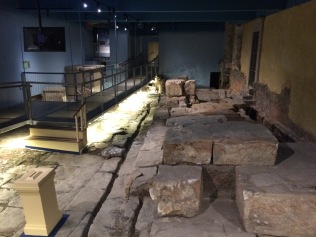 The original and natural hot springs streaming into the baths:

In addition to seeing the ancient Roman Baths, we strolled through the town center. Specific sites of interest include the Bath Abbey, directly across from the baths. 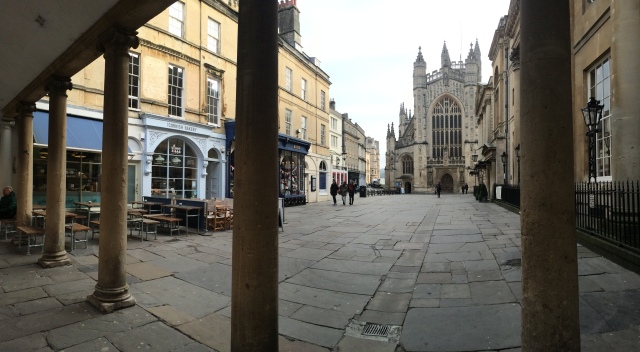 And tea time in the town’s oldest bakery, Sally Lunn’s:

Because it was our last full day in England, I finally inquired about the delicious buttery cream that was served with our tea time buns.  That’s when I learned of southwest England’s treasure: clotted cream.  Not sure if clotted cream was a specialty item, I walked into Bath’s tourist center and asked, “Can I buy clotted cream at any grocery store?” And the answer was yes!  I proceeded to buy a tub of clotted cream at the nearby discount grocery store for £2.10 and later enjoyed tea time on my own account in the RV.  Upon further research I learned that clotted cream’s birthplace was southwest England and finding it in the U.S. was not easy.  Yay to local products!

Historic Roman baths, elegant tea houses, and scrumptious buns and clotted cream? I couldn’t have been happier.  Every English local had told me Bath was a lovely town after approving of my English itinerary of London, Stonehenge, and Bath.  It was definitely worth a full day’s visit after London.

This entry was posted in England. Bookmark the permalink.