Between the eastern desert of Merzouga and the western city of Marrakesh lie the massive Atlas Mountains, dozens of iconic kasbahs, and spectacular desert scenery reminiscent of Utah and Arizona landscapes.  Over two short days, we traveled east to west starting with Todra Gorge and then Dades Gorge.  Following these two gorges, we spectated three kasbahs (traditional Moroccan desert forts) in the following order: Kasbah Amerhidil, Taourirt Kasbah, and Ait Ben Haddou.  These were our final days in the hot, dry deserts of Morocco before venturing into Marrakech and back to the lush valleys of the north. 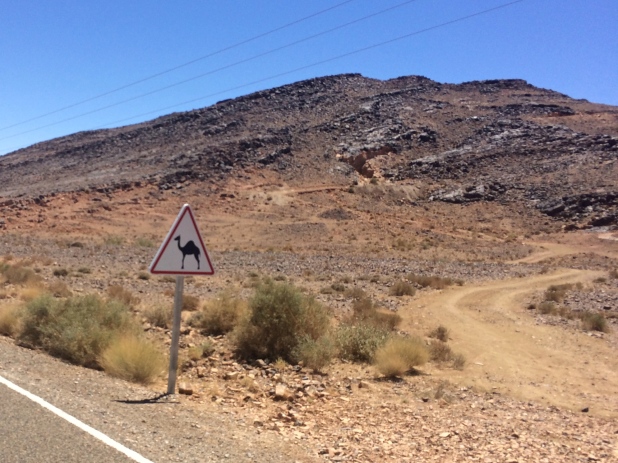 First things first, we got cheap car repairs and services done, because why not? In Germany, it cost us about €300 for an oil change plus new oil, fuel, and air filters, and the equivalent in Morocco was €80.  We also repaired our flat tire from the previous day of misadventure, and bought a car jack because we didn’t have one. Yeah, I know, I know… 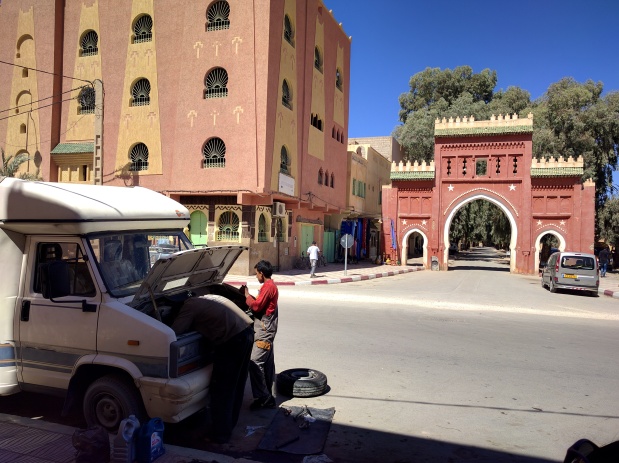 45 minutes after leaving the auto service shop, we had a tire blowout…because we’re so lucky.  We had the car jack, but no tire iron because none of the six shops Chris visited in town had one. However, within 10 minutes, a tow truck randomly drove by, and the driver helped us out. We paid him 200 DH ($20.69) for his service…and his tire iron! 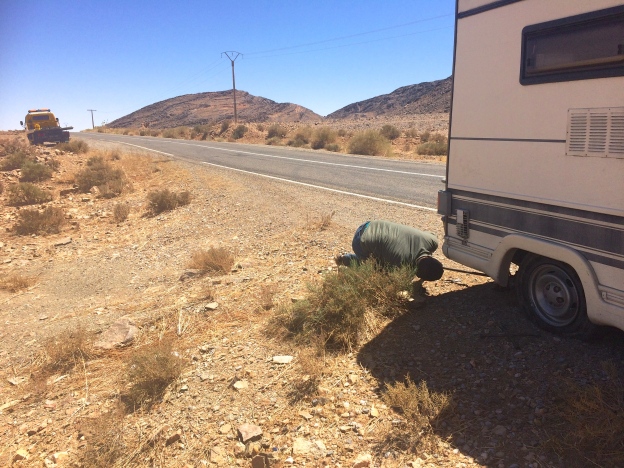 FINALLY we were on the road again and began our tour of the Dades Valley the following day.  From Tinghir, the base city from which to explore Todra Gorge, we turned off the main road to begin our climb.  There was a surplus of gorgeous overlooks along the way. 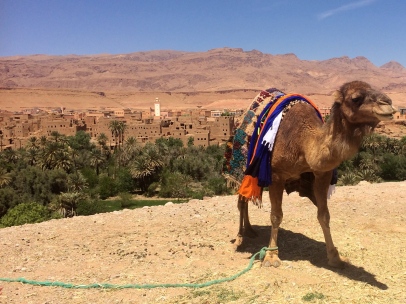 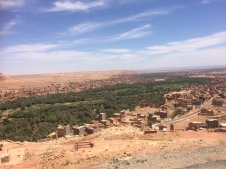 Todra Gorge was perhaps the most easily accessible gorge we’ve ever visited, which explained the sheer number of locals, vendors, and even hotels.  That said, it wasn’t as mind blowing as most tourists find it.  We’re quite spoiled by the famous canyons of the U.S, such as the Grand Canyon and Black Canyon of the Gunnison. 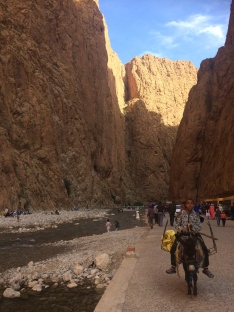 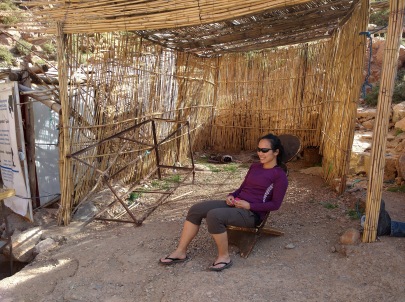 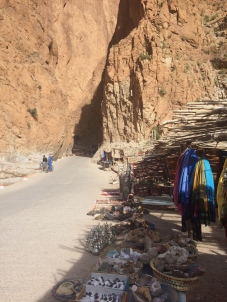 In my endeavor to wander off the beaten path, we drove to Auberge le Festival, a cave hotel further up past the gorge.  They had information about 5 different types of self-guided hikes.  Due to our time constraints we opted for the shortest hike–a “2.5” hour hike which ended up being 1.5 hours.  While completely exposed beneath the scorching sun and not exactly the most scenic hike, we did walk by a couple of remote berber tents belonging to families and their livestock. 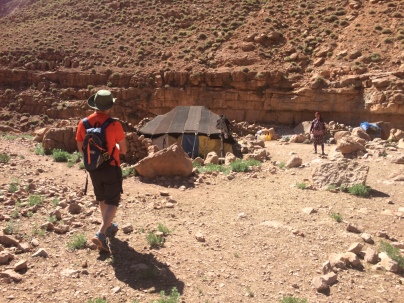 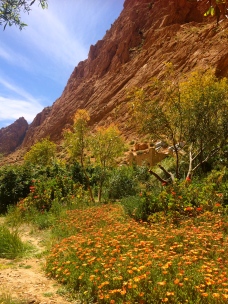 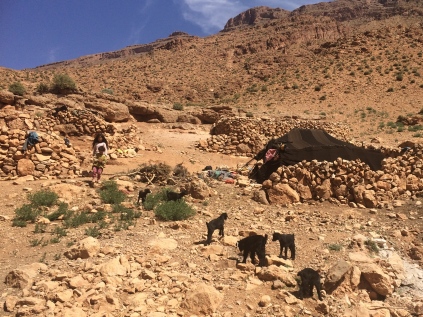 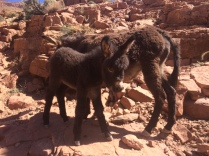 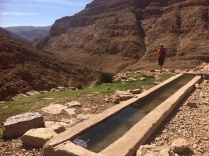 After Todra Gorge, we returned to the main road and headed west for about an hour to Boulmane Dades, the next base town for exploring the Dades Gorge.  Another turn off the road led us down the winding valley filled with dramatic scenery.  Green trees swayed brilliantly against the bold, red cliffs, and staggering rock formations cast striking shadows.  We drove past village after village, waving hello to children and admiring the women harvesting the flower fields. 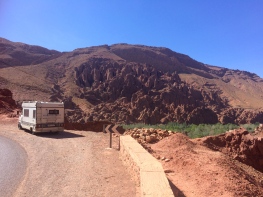 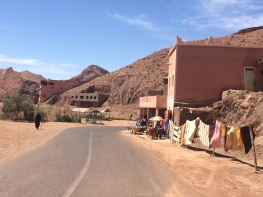 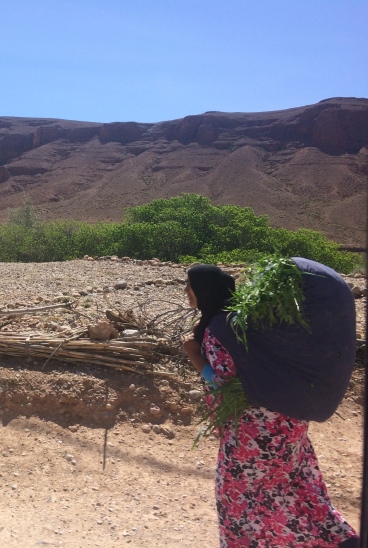 But the most famed road of all in the Dades Valley was this cringe-worthy single lane road filled with hairpin turns.  Almost everyone pulled over once they conquered the climb to take this classic photo: 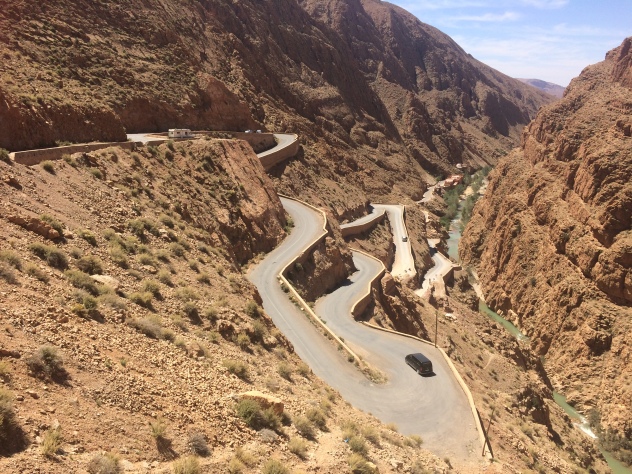 Our first day’s itinerary focused on gorges, but our second day’s itinerary entailed kasbahs. First, we dropped into Kasbah Amerhidil in Skoura.  We were the only visitors, and it was only 10 DH each ($1.03) to explore the kasbah peacefully on our own. 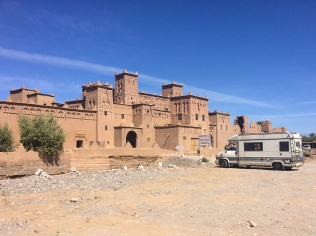 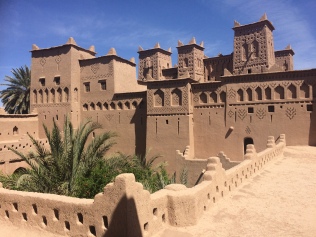 Next up was the Taourirt Kasbah in Ouarzazate.  We actually didn’t enter this kasbah due to all the tour buses we saw out front.  Yeah, we’re bad tourists. =P 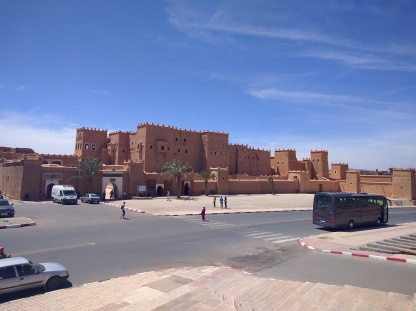 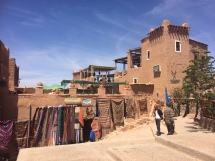 And finally, the last kasbah and grand finale of the day: Ait Ben Haddou.  There is no wonder why multiple films have been filmed here including Gladiator, The Mummy, and Prince of Persia.  As a hilltop fortification made up of 6 kasbahs, it was not only massive, but also too damn beautiful.  We were both amazed that there wasn’t an admission fee to wander aimlessly through the ancient fort.  In addition to the classic picture of camels trekking across the Saharan desert, I believe the picture of Ait Ben Haddou also portrays the iconic image of Morocco. 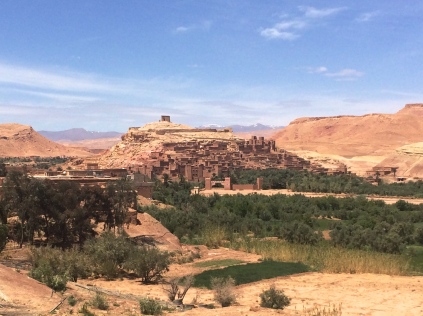 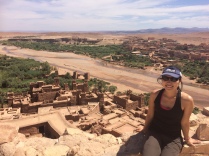 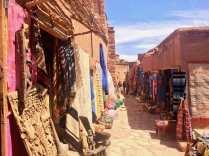 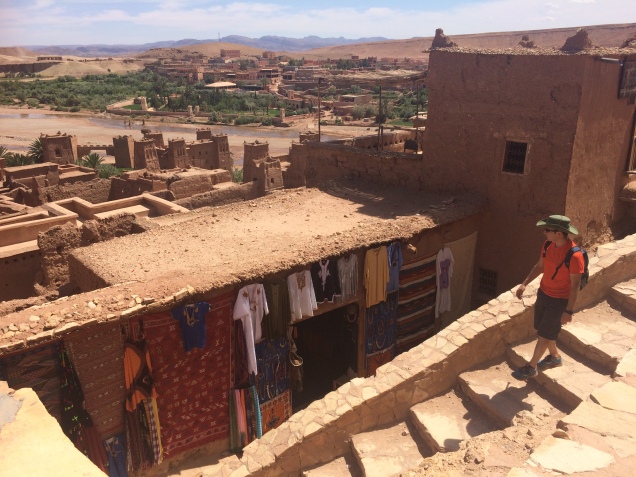 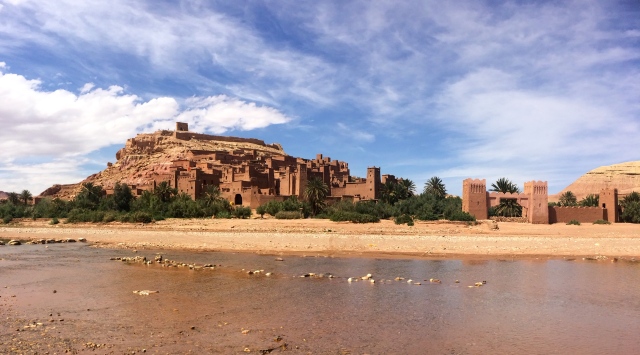 Two flat tires, a sand pit, a camel ride, two gorges, and three kasbahs later, we were finally ready to leave the desert.  Slightly tanner and definitely filthier, we pushed our way through the remaining patches of dusty, rough roads to one of the largest cities of Morocco, Marrakesh, an entire mind trip of its own.