Most tourists fly into Havana, the capital of Cuba. Beyond the stifling summer heat and lively, gritty streets, Havana is simply put…BEAUTIFUL. Tall, historic buildings that serve primarily as small homes line the narrow streets of Havana Vieja. Rotund, topless men and skinny, mid-drift adorning women can be found lingering on the sidewalks in front of their shabby homes at sunset, avoiding the oven-like atmosphere in their living rooms. No Spanish colonial square in South America can compete with Havana Vieja, and the consistent live music is icing on the cake. 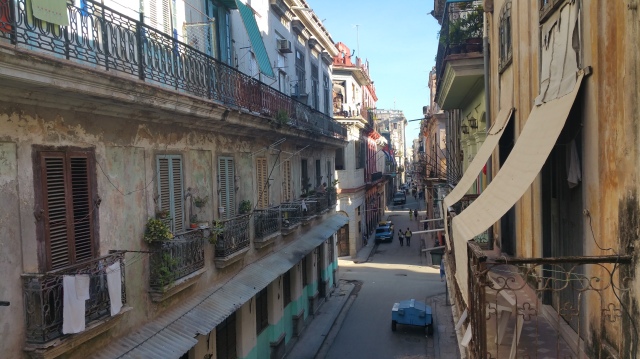 But despite all its glory, scammers lurk the streets to take advantage of the first day of the eager tourist.  As sad is it sounds, any friendly local in Havana or any other major city in Cuba has one purpose: to trick you into giving him or her money. Havana ended up being a difficult city to enjoy after politely excusing ourselves away from so many scams, but once it was overlooked, it became easier to appreciate its beauty and rawness. My favorite activity in Havana was roaming around the narrow streets of gorgeous architecture, and gazing upon the hustle and bustle of city life from my Spanish colonial balcony. Of our 20 days, we spent 5 nights in Havana. 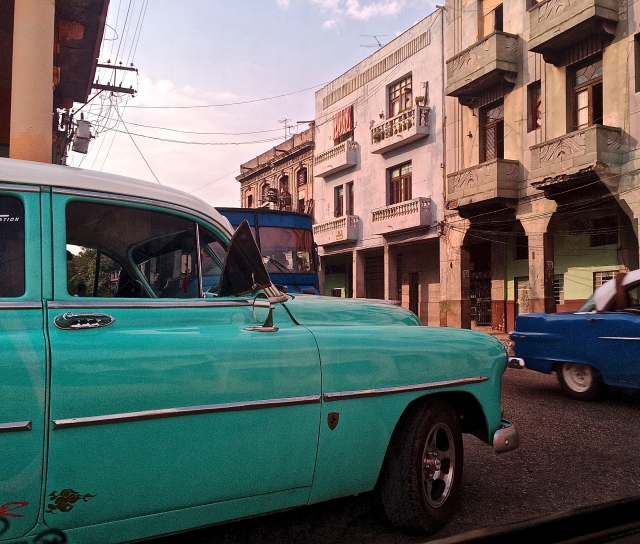 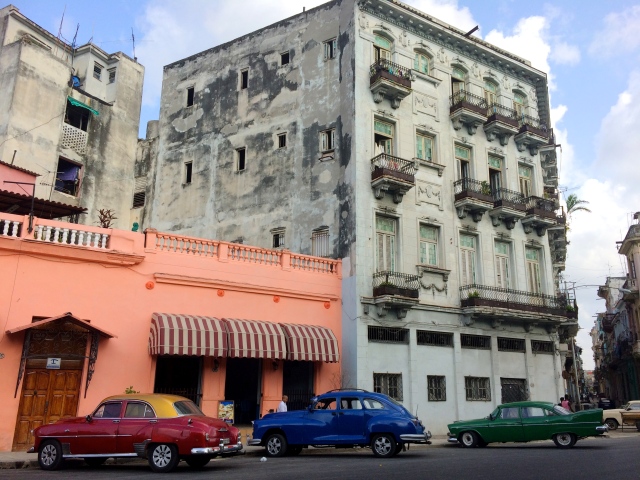 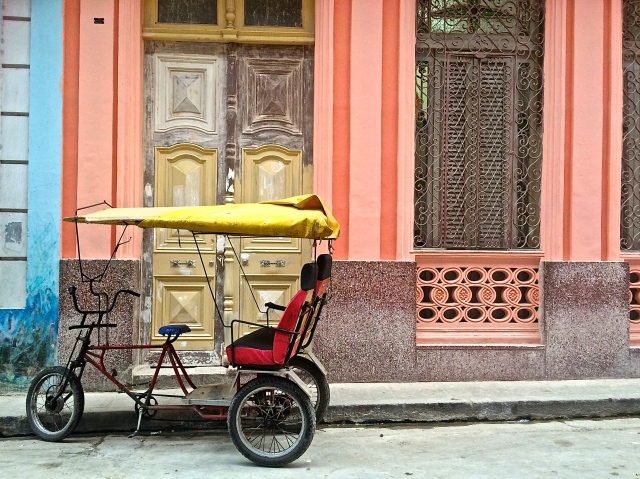 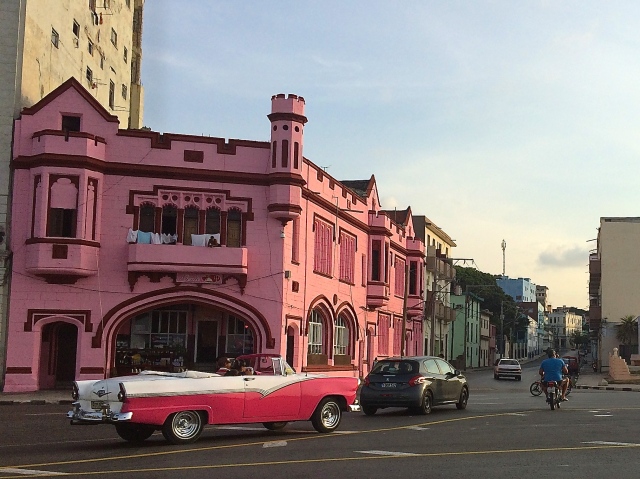 The National Capitol Building (unfortunately under renovation at the time): 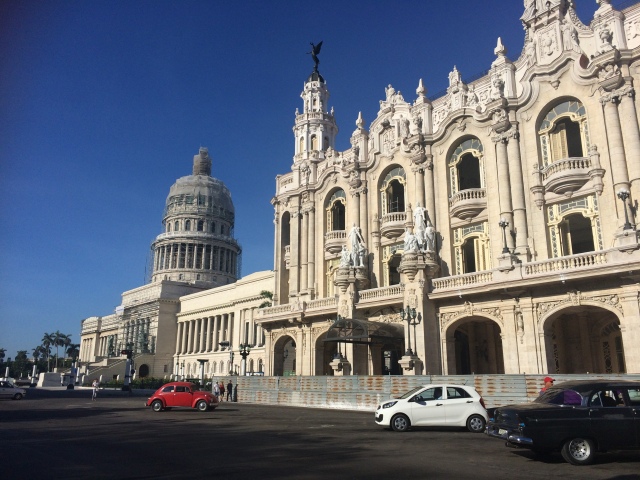 Che art can be found everywhere. 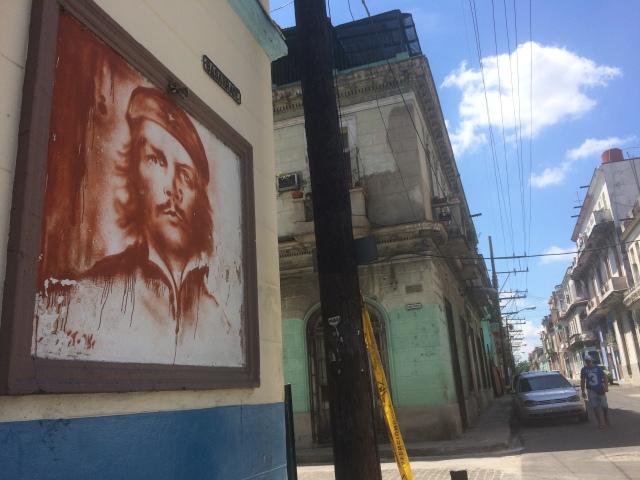 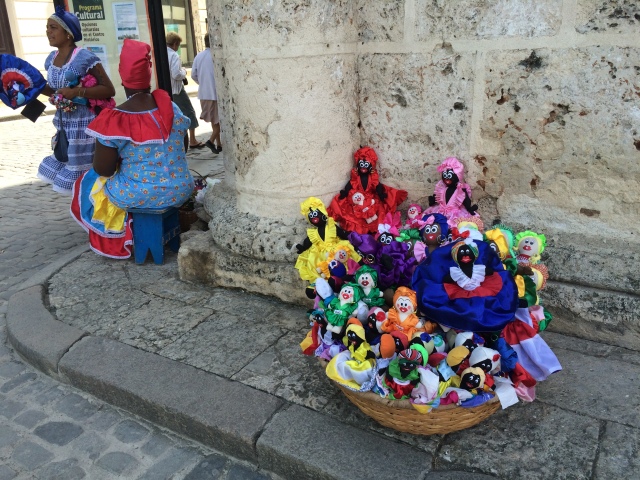 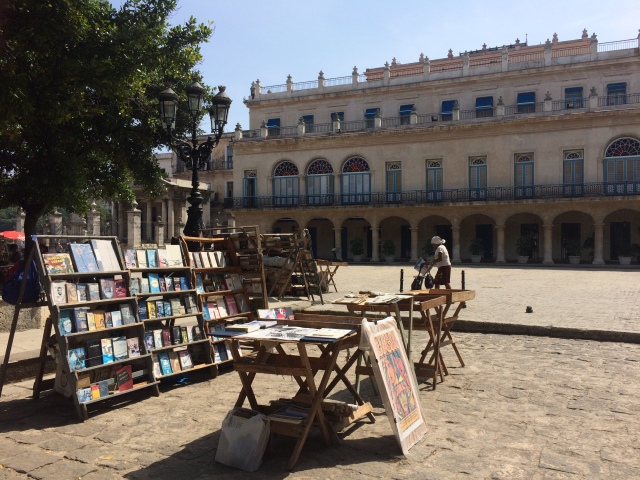 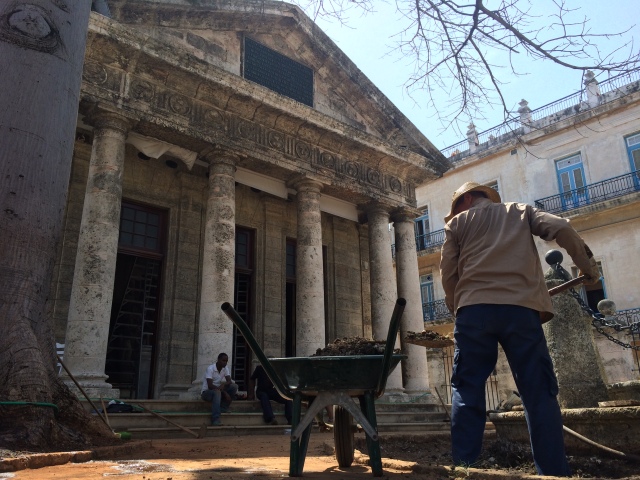 Castillo de La Real Fuerza, a fortress that is now a maritime museum: 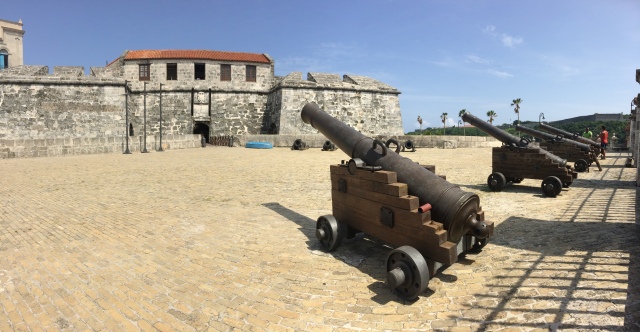 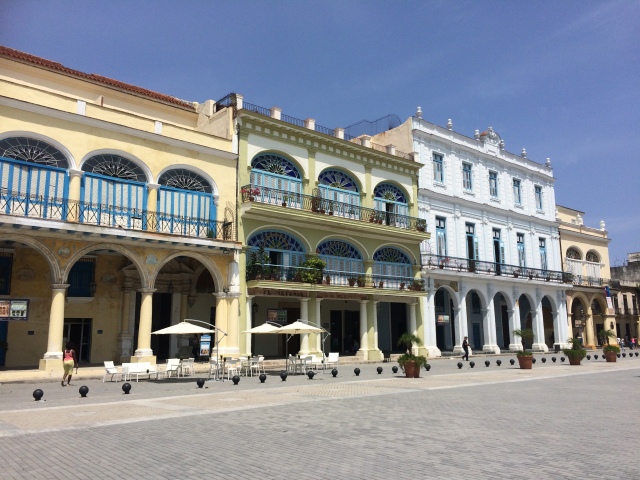 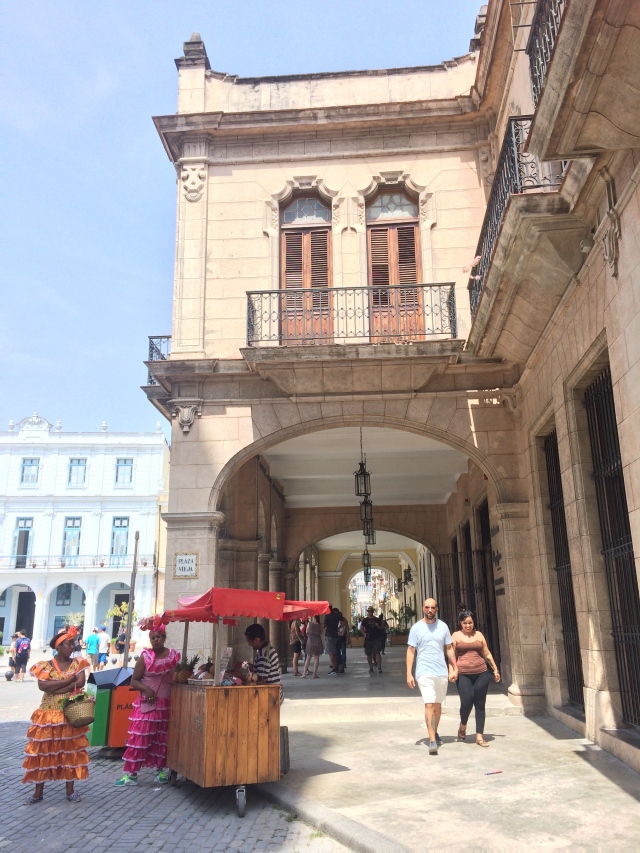 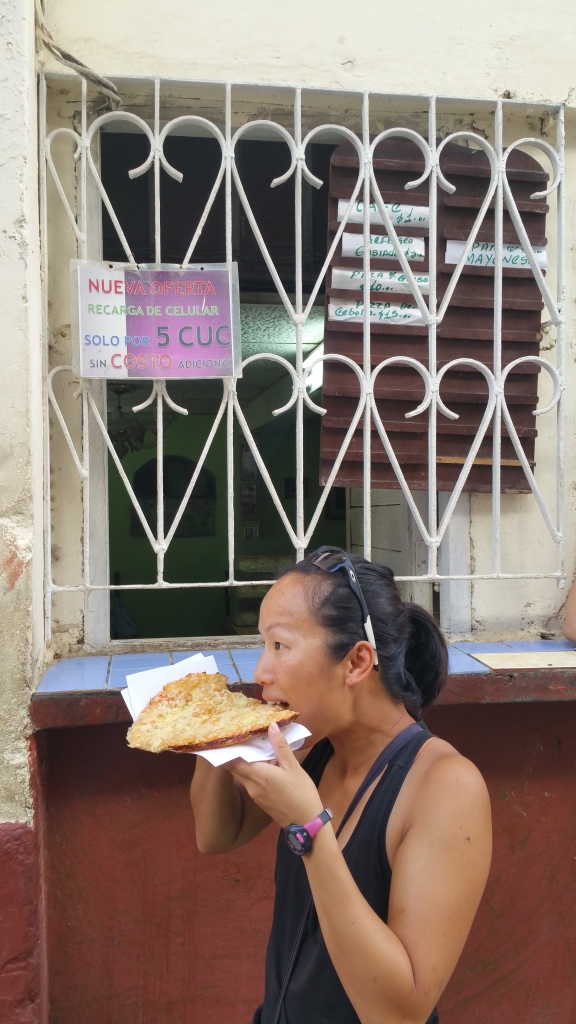 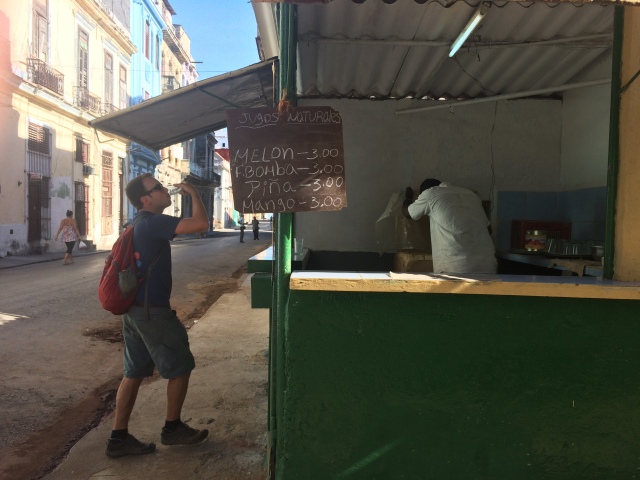 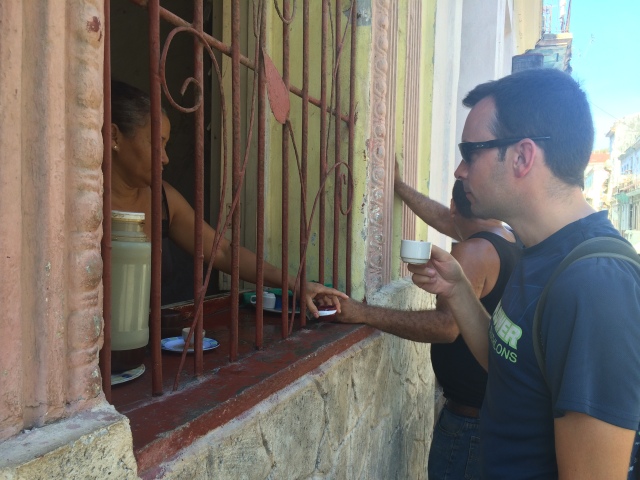 A favorite of locals and tourists, strolling along the Malecon at sunset: 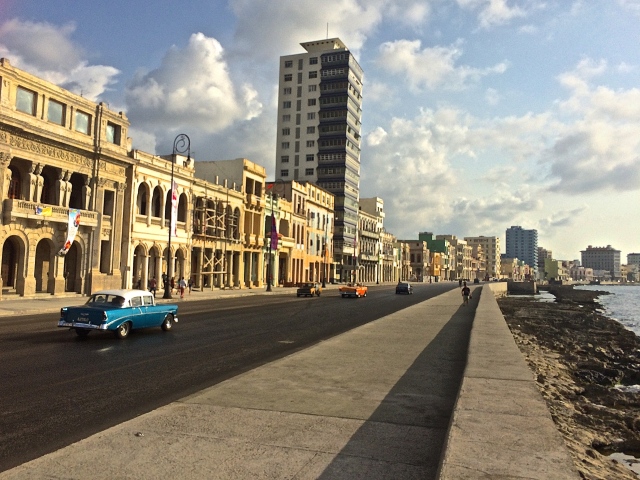 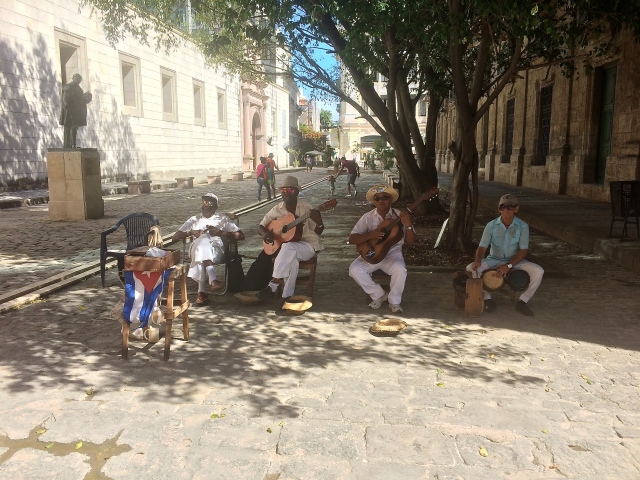 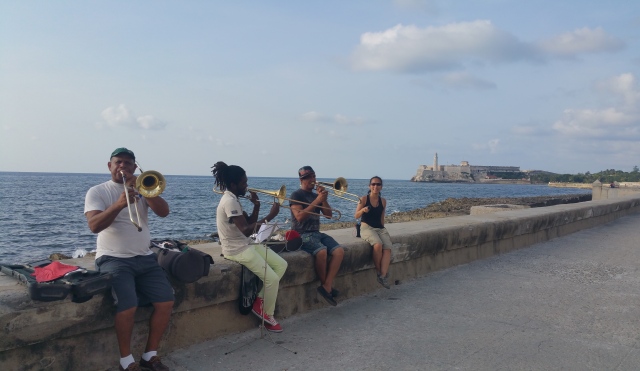 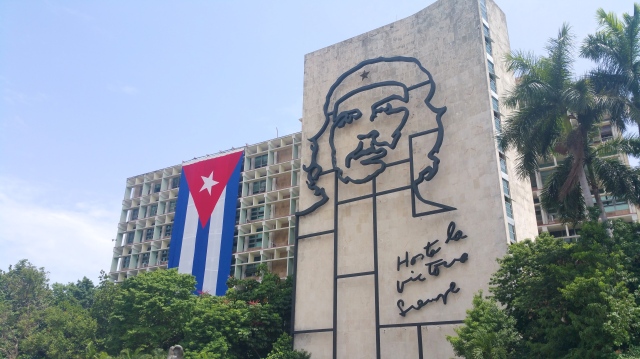 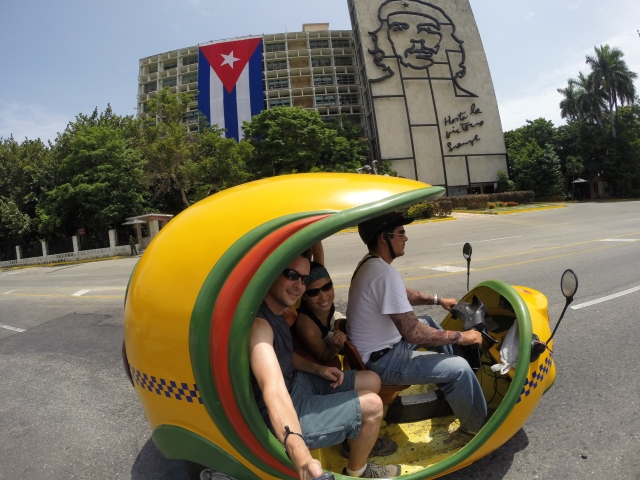 Touring around Havana in style: 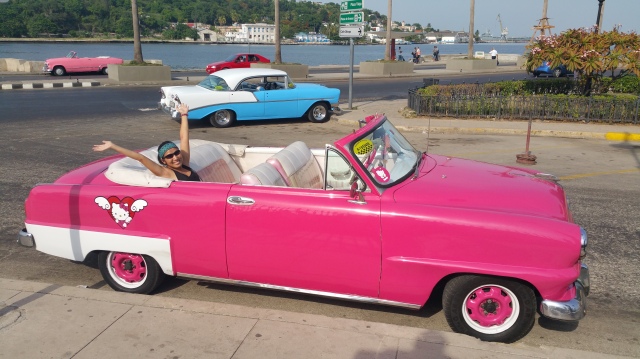 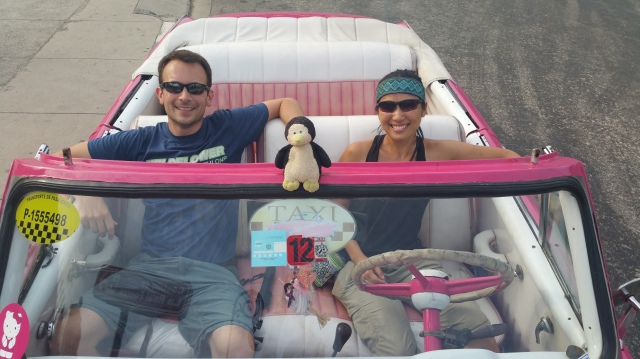 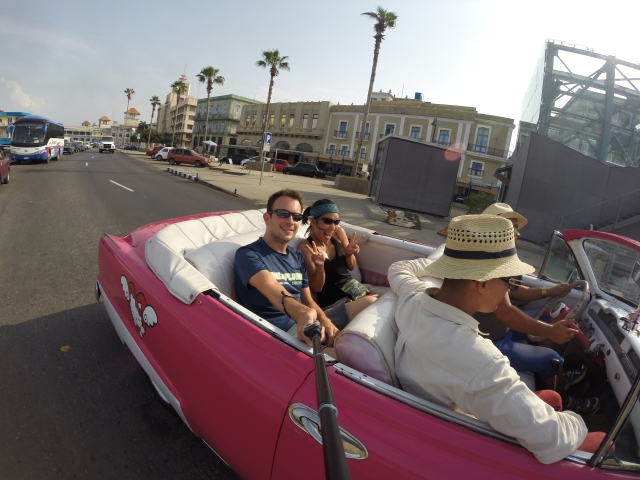 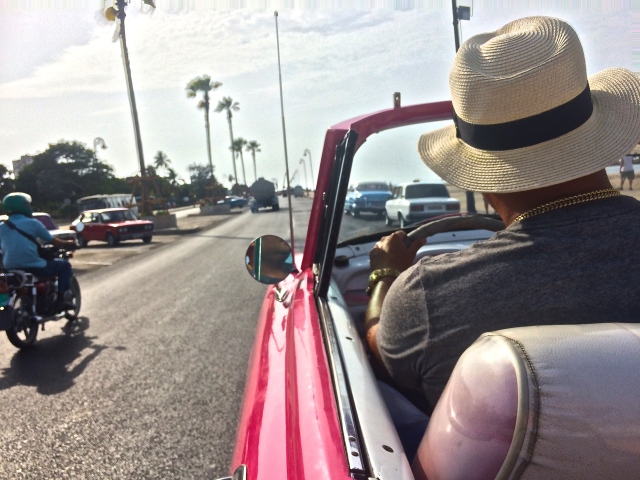 A historic day, the U.S. Embassy in Havana, less than 24 hours after it reopened: 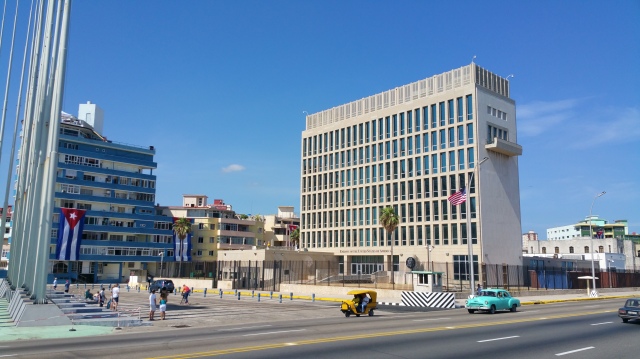 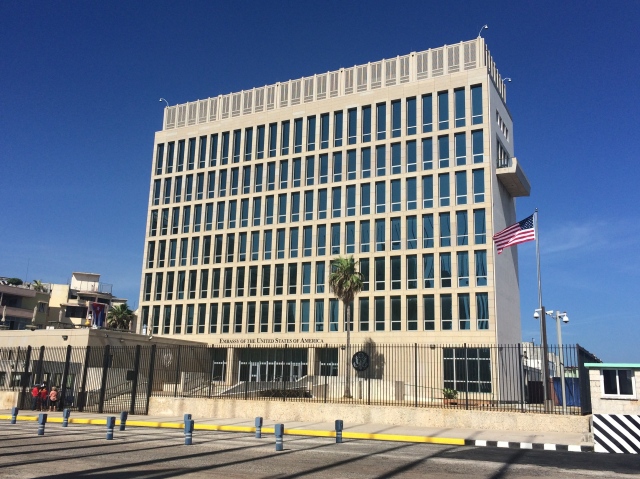 Our first three nights in Cuba were spent in Havana, and having just arrived to Cuba, we couldn’t wait to get out of it to the countryside of Viñales. However at the closure of our trip, after learning just how much more difficult the rest of Cuba actually was, we couldn’t wait to return to Havana to spend our final nights.

This entry was posted in Uncategorized and tagged havana. Bookmark the permalink.