Rich, prosperous, and musically legendary, Vienna definitely has a lot to be proud of.  As Austria’s largest city (consisting a population of 2.6 million in the metropolitan area, nearly 1/3 of the entire country!), Vienna offers plenty to do for its locals and tourists.  However, we weren’t in Vienna, or Austria for that matter, for the glorious architectural wonders or the myriads of packaged symphonies and concerts catered to tourists.  We were there for Austria’s western treasures–the glorious mountains and quaint villages comparable to Switzerland but without the Swiss price tag.  This sadly meant a rush through Vienna’s “must-see’s” before heading for the mountains.

Once again like in Budapest and Slovakia, a conveniently located and free parking lot beside a park offered a place for our motorhome during our time in Vienna.  From this shaded parking lot at Kurpark Oberlaa, we easily traveled to the heart of Vienna by taking the line 68 A or B bus (€2.30 each) and transferring to the metro at Reumannplatz.

Our first stop was St. Stephen’s Cathedral, which was located on a square filled with too many hustlers in costumes trying to sell us symphony concert tickets. 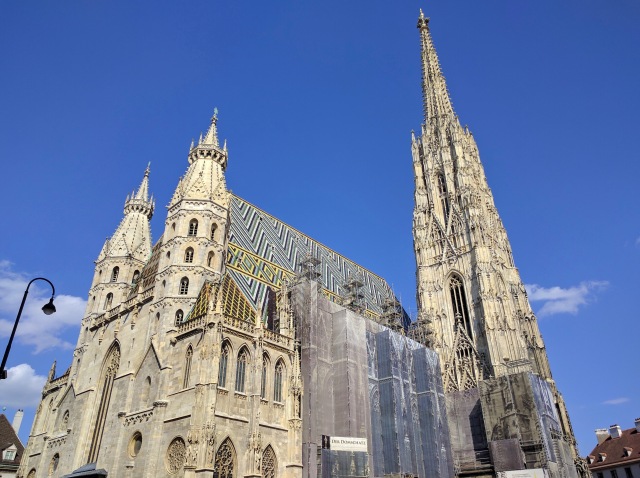 Wandering through the streets around St. Stephen’s Cathedral offered wonderful glimpses of other beautiful buildings.

And of course, we grabbed a cheese-stuffed sausage while wandering the streets.

I even tried a sachertorte, a culinary Viennese specialty. It was disappointing. Maybe I’m spoiled by Belgian chocolate cakes. =( 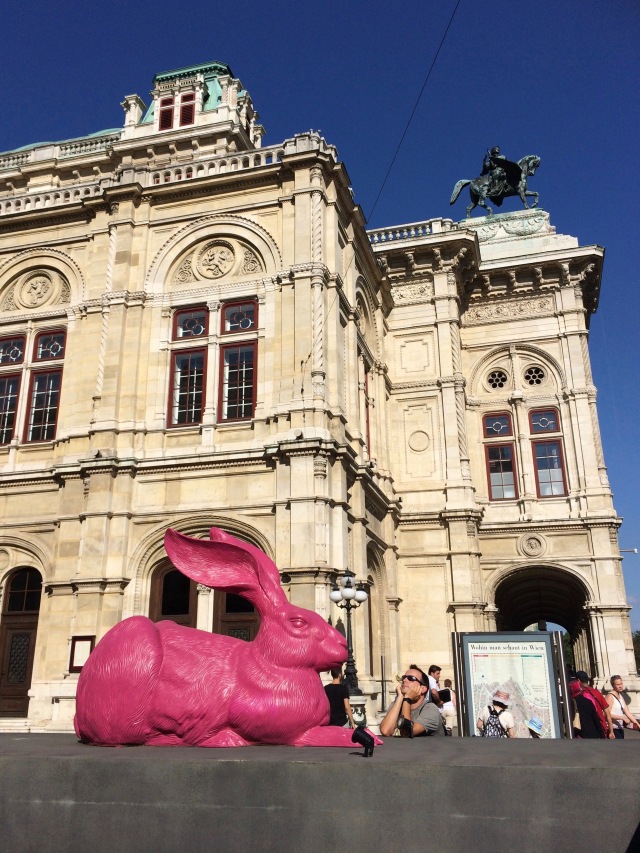 Museumsplatz, filled with art and museums and locals and lounge chairs.

The Maria Theresia Memorial up close with the Art History Museum in the distance:

Of all Vienna’s grandiose buildings, I think I found the Hofburg Palace most stunning.

From there we walked down to the town hall, a magnificently old building where their annual summer film festival was taking place.

And just down the street from the town hall was the Parliament. 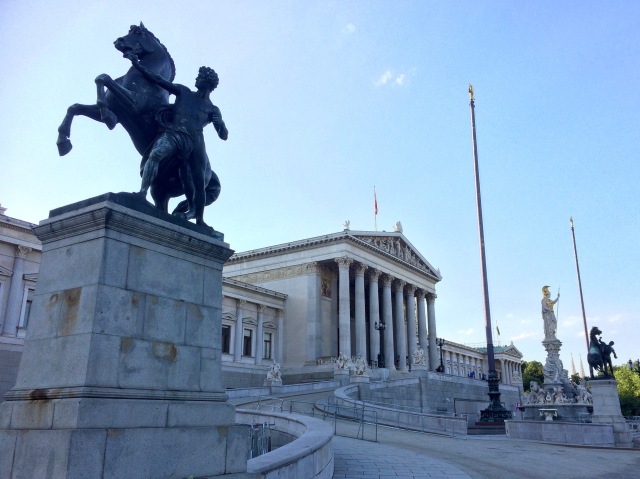 No visit to Vienna would be complete without a visit to Schoenbrunn Palace, equivalent to Paris’s Palace of Versaille.  However, unlike the Palace of Versaille, the Schoenbrunn Palace was quite bland from the outside, and even more so in the inside (I’ve heard).  I was actually surprised to see the insane number of crowds lined up to purchase tour tickets of the bland palace.  Luckily the palace gardens and park are free to the public (and not crowded!), and we enjoyed our time in the beautiful floral garden.

I include Melk in this post only because of its vicinity to Vienna.  After spending a few hours at Schoenbrunn Palace we left Vienna to head west for the mountains.  It just so happened that the Melk Abbey was conveniently on the way.

Originally I planned to only walk around it to take photos.

But we discovered that one could roam through the courtyard for free! It only cost a fee to enter the abbey. 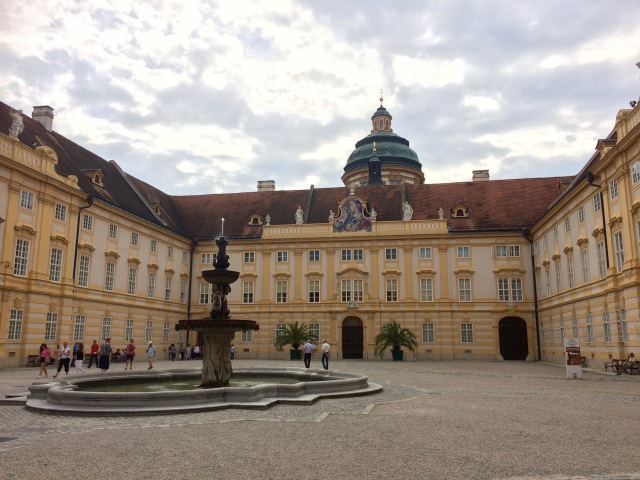 Views of the charming village below were lovely from the abbey.

And of course, the town of Melk and its church were adorable too.

If one was to only visit Austria for a limited time then historic Vienna would absolutely deserve more than a couple days.  We truly enjoyed the architectural gems in and around Vienna, but we couldn’t wait to leave the metropolitan city and play in Austria’s western wonderland.

This entry was posted in Austria. Bookmark the permalink.