There isn’t a whole lot to do in Pisa except take the obligatory photo of the famous leaning tower.  Between our drive from Cinque Terre to Florence, Pisa was the perfect stop to kill a few hours. 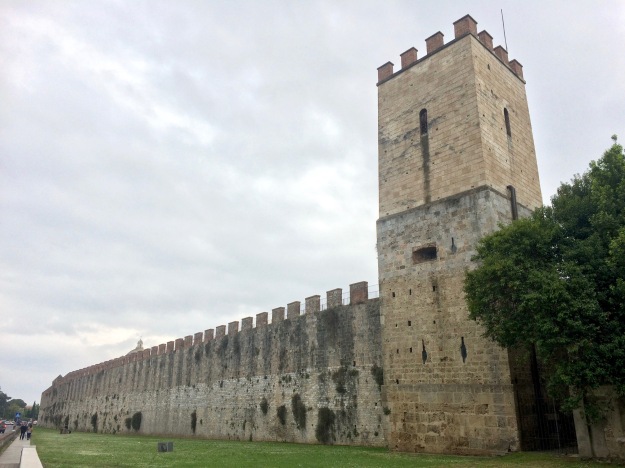 Directly on the other side of the walls stood the three highlights of the city.

The muffin-shaped baptistry, which required an admission fee to enter of course: 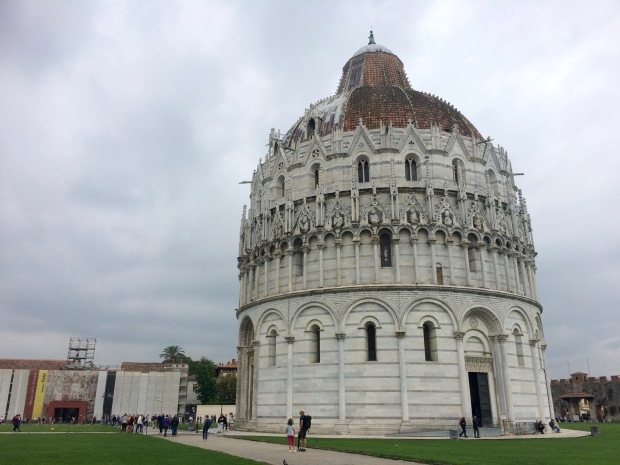 The cathedral, where it was possible to retrieve free, timed tickets to enter: 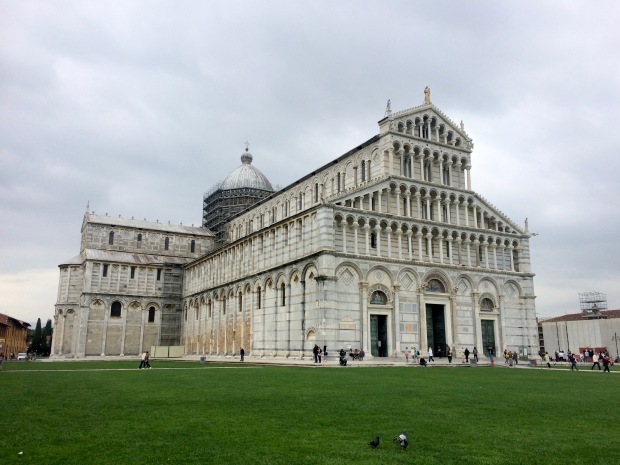 And finally, the leaning tower. I assumed the tower looked better from afar than within so we didn’t feel the need to pay, queue, and climb the tower. 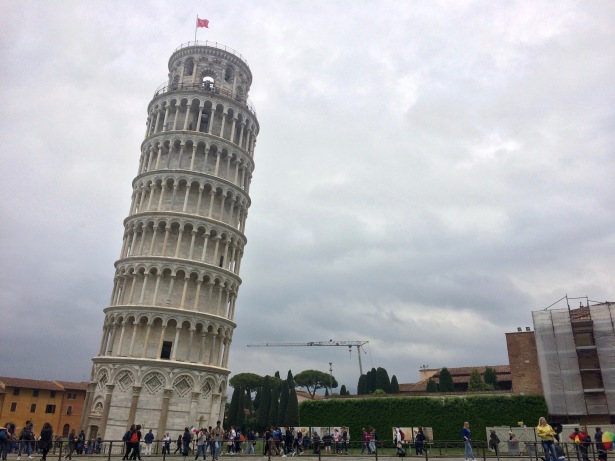 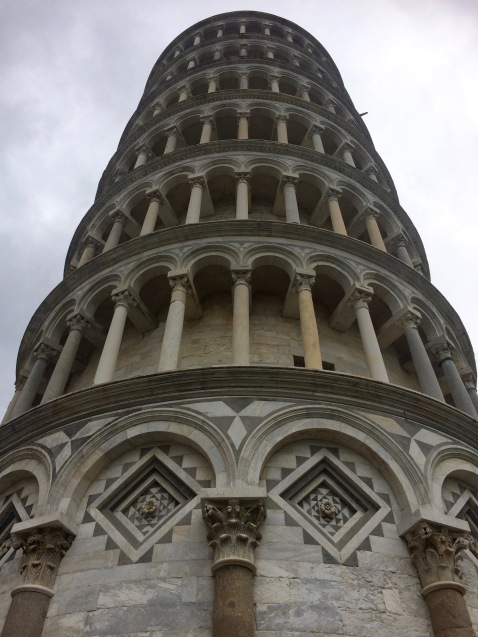 We definitely got a kick out of watching everyone else striking a pose with the tower. 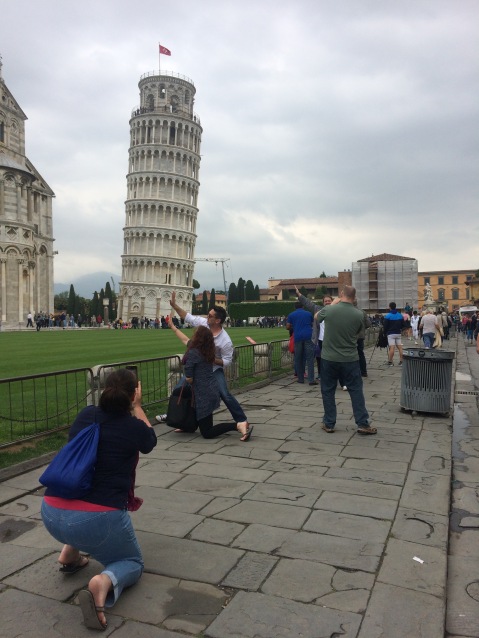 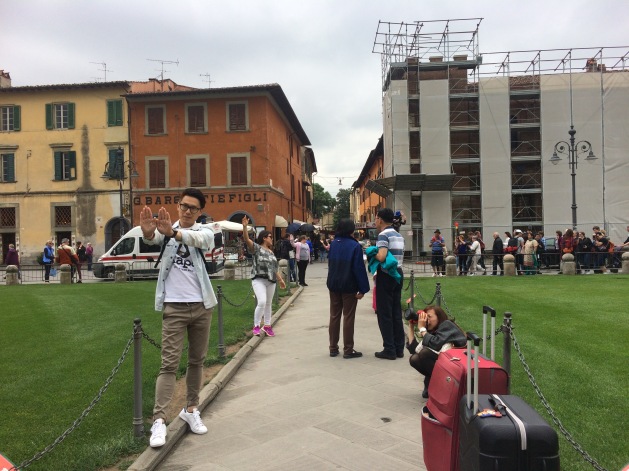 Just to give you a bit of history:
Construction began on the tower in 1173, but only 3 floors were built when it started to tilt due to a poor foundation.  Several years later construction ceased due to battles and funding.  Almost a century later, construction resumed, with walls having one side longer than the other to compensate for the tilt.  There was another brief halt and resume with construction, and the 7th floor was finally completed 1319 with the addition of the bell tower in 1372.  With its rate of tilting at ~1 mm per year, the tower reached 5.5º by 1990, but stability was added in 1998 to prevent further tilting.   Had it not been for the long period of time between the construction stages, the tower would have most likely collapsed.  The 3 stages of construction is evident in the tower, with the final piece of a flagstaff perpendicular to the ground.

We ventured out of the Miracle Square in hope to find more in the city of Pisa, but the stroll through the historic quarter and along the river was nothing more than a quick escape from large tourist groups and desperate sidewalk vendors.  The leaning tower surprisingly required very little of our time despite being so world famous–a good thing since that meant we didn’t waste too much time in Pisa. =)

This entry was posted in Italy. Bookmark the permalink.