Athens is massive, sprawling, and hot, hot, HOT in the summer!  In fact, it was too hot for us to stay in our motorhome.  Because the nearest campground to Athens was far from the city and came with a hefty price tag of €29/night without electricity, we instead chose to park the motorhome outside of Athens and stay at a low cost AirBnB apartment (with air conditioning!).  For €13/night we parked our motorhome near the Piraeus port at Piraeus Parkopolis, took the metro into Athens (€1.40 for a 90-minute journey, or €4.50 for a day pass), and stayed at an apartment with local Athenians for €27/night.  We definitely paid more than what we were used to, but air conditioning was a necessity.

Aside from the plethora of restaurants, cafes, and shops, the primary attraction for visiting Athens is the Acropolis.  There were two different ticket packages and both options were expensive (€20 or €30), but seeing the Acropolis was an absolute must-do in Athens. The summer hours were from 8am-8pm, but we arrived at 8:30am to avoid the worst of the heat and crowds.  We were glad we came early; on our way out, the crowds more than quadrupled, making navigation and photography atrocious.

What makes the Acropolis of Athens so marvelous is its location on a rocky outcrop above the modern day city.  This ancient citadel houses iconic structures of historical significance, the most recognizable being the Parthenon. 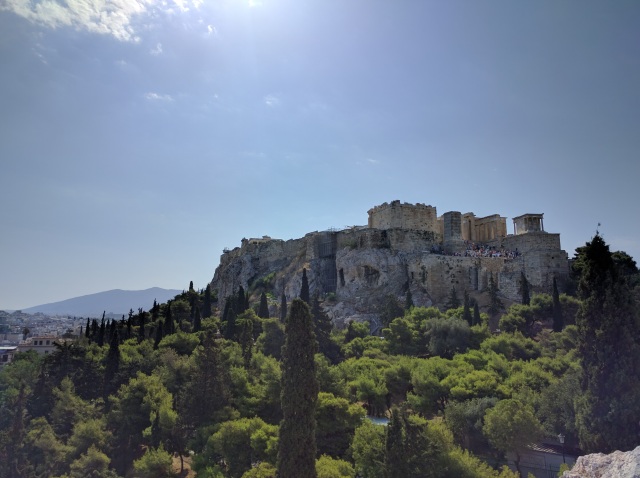 While habitation can be traced back to Neolithic times, it wasn’t until the 8th century B.C. when the Acropolis became a sacred place due to the establishment of worshipping the Greek goddess Athena.  The most significant building of the Acropolis is the Parthenon, a massive temple dedicated to Athena that has been rebuilt countless times over the course of centuries.  At first, it was a sacred place that served as a treasury to house gifts to Athena, then later a Christian church to honor the Virgin Mary in the 6th century A.D., then a mosque in the late 15th century under Ottoman conquest, and finally a storage space for gunpowder.  In 1687, the Venetians bombarded the Parthenon, blowing up the temple when they struck it with a cannonball.  Renovation has been ongoing since the 1980’s, with ongoing renovation today. It is the most important surviving structure in Classical Greece, and one of the world’s greatest cultural monuments. 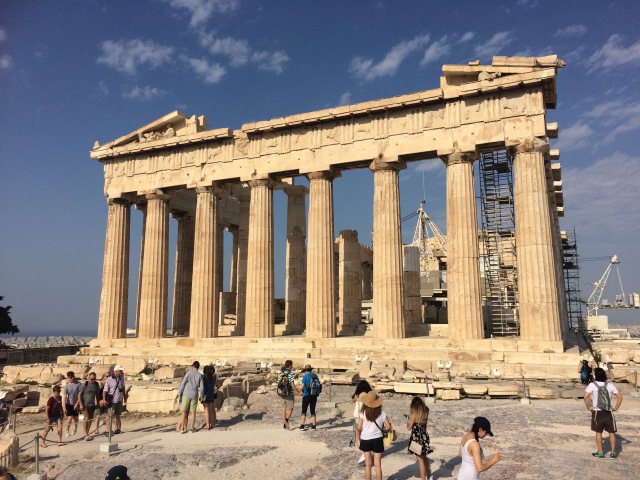 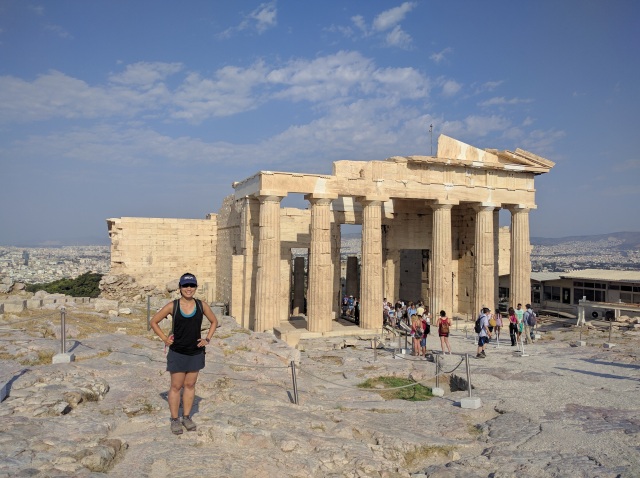 At the foot of the Acropolis lies the massive Theater of Dionysus, which could seat up to 17,000 spectators.  The theater was dedicated to the Dionysus, the god of wine and drama. 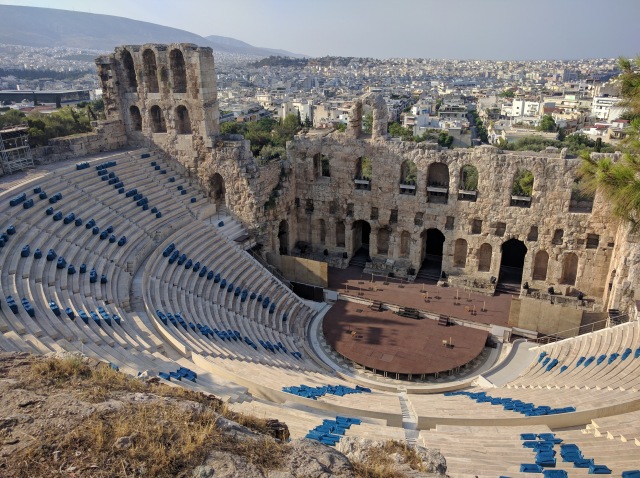 The monumental gateway to the Acropolis, or propylea: 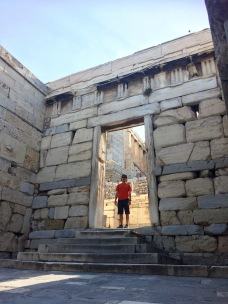 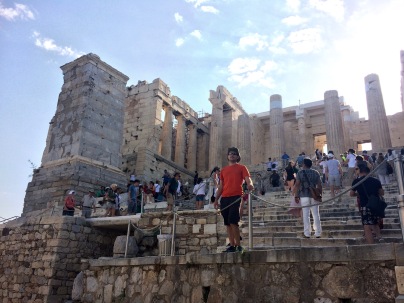 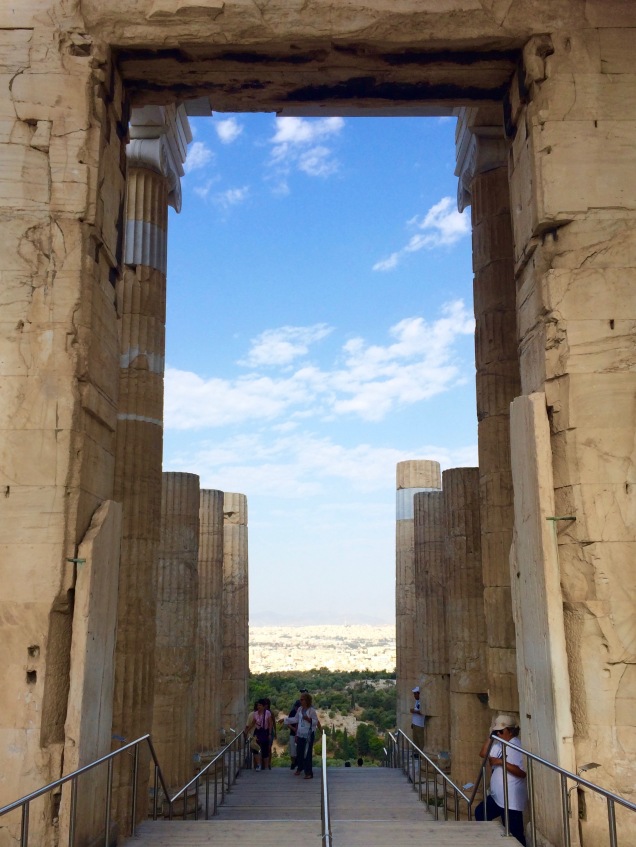 Perched atop the propylea stands the small Temple of Athena Nike.  Nike, in Greek, means victory.  Athena was worshipped as the goddess of victory in war and wisdom. 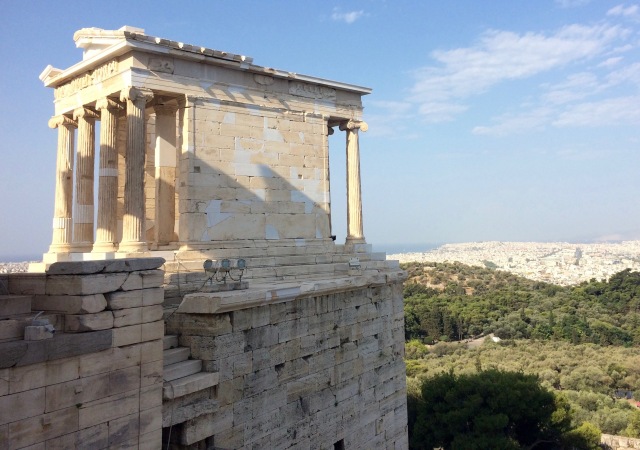 One of many vicious lions guarding the propylea: 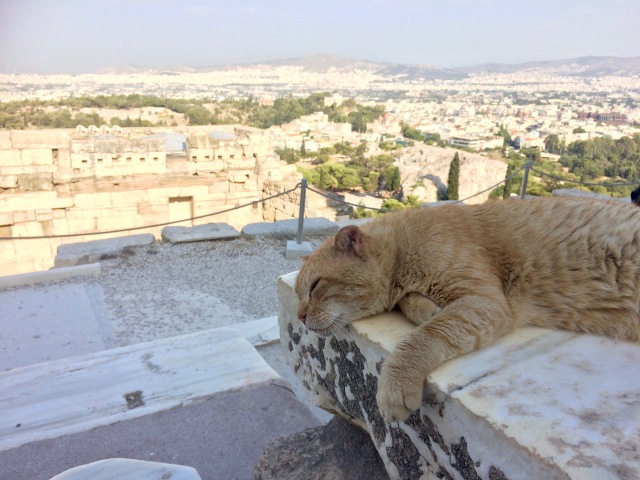 The Erechtheion, a temple dedicated to Athena and Poseidon: 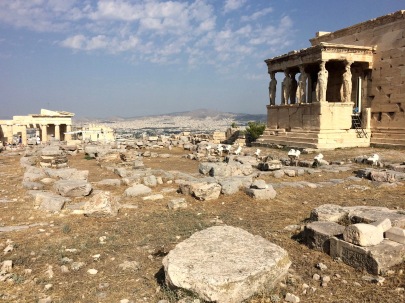 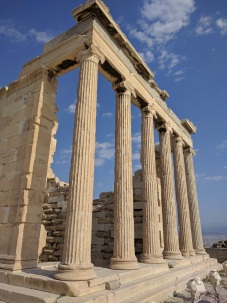 In the northeast corner of the Acropolis is an overlook showcasing the city of Athens and Lycobettus hill. 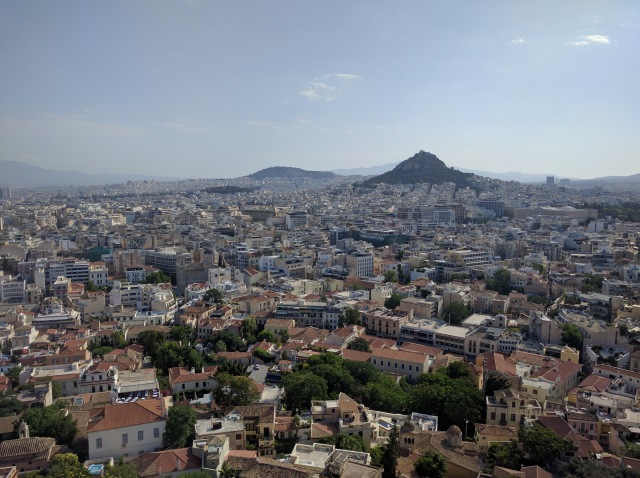 On the opposite end there is an overlook to the sea. 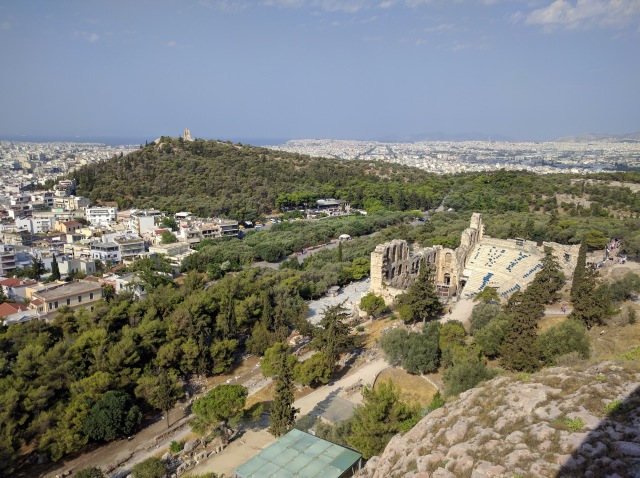 Outside the Acropolis, below the rocky outcrop in the city of Athens, stands the ruins of the Temple of Zeus.  It doesn’t look like much, but its columns are impressively tall. 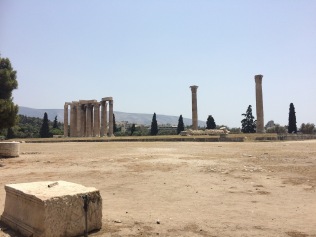 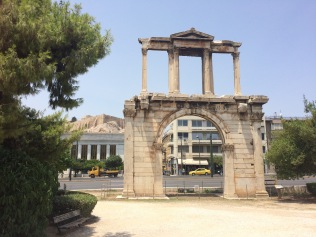 Although numerous neighborhoods hug the foot of the Acropolis, the tiny, picturesque neighborhood of Anafiotika stands out. 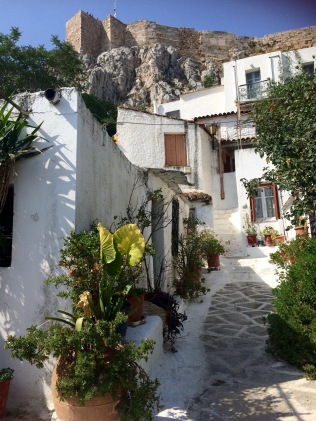 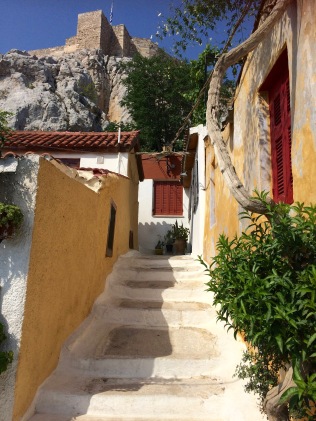 Athen’s main touristic square, Monastiraki, not only boasts everything catered to mass tourism, but a splendid view of the Acropolis can also be seen in the distance. 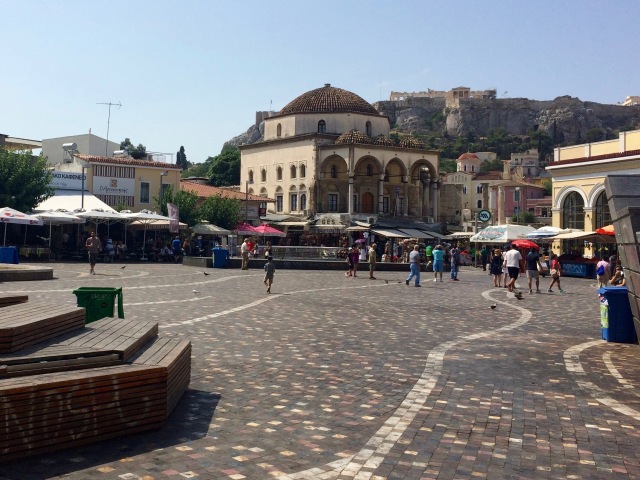 Athens is bursting with history.  Even the subway felt like a museum, since construction workers discovered ancient ruins and archeological facts when drilling for the tunnel for the subway. 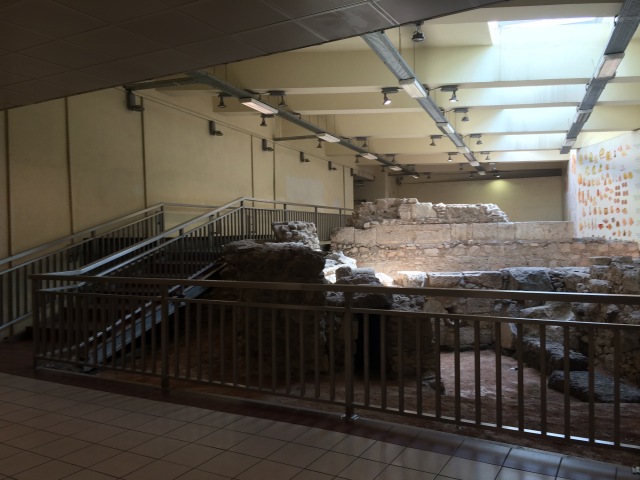 Aside from the wonderful history Athens has to offer, the city itself isn’t glamorous and its nightlife was disappointing. It pales in comparison to other major European capital cities.  Once the industrial sector in Athens, the former coal gas factory and chimneys of the Gazi district are now venues that host artistic shows and concerts.  Despite being tame, the industrial buildings were at least lit up at night and looked badass. 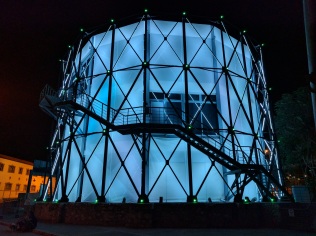 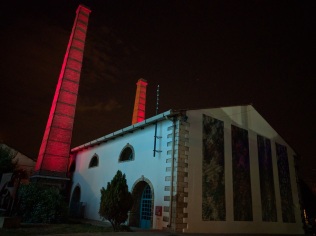 In order to truly get a scale of just how massive the city is, we walked up Lycobettus hill for sunset.  While we didn’t think the walk was difficult at all, plenty of other people sure looked miserable.  The best views of Athens can be seen from the summit of this hill–we were able to gaze across the city at the Acropolis, the sea port, the surrounding hills, and all the seemingly endless array of white buildings. 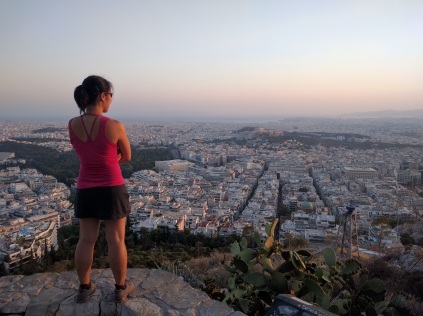 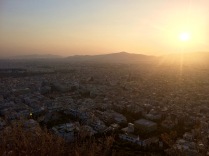 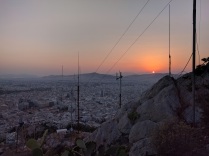 Sure, the city of Athens isn’t very beautiful, and the Acropolis can feel like a hotter, dustier version of Disneyland.  But because the world famous ruins are worthy of its title, a visit to the city and the ruins are a must-do in life for anyone, history buff or not.

This entry was posted in Greece. Bookmark the permalink.