“You have to make it to Brittany,” a friend told me. Even my relatives in Lille highly recommended it. So I did a little reading and off we went to the Atlantic coast! And to our convenience, the highlights of Brittany happened to be not far from Lower Normandy. We toured a cluster of beautiful towns within the same area: the fortified town of Saint Malo, the fishing village of Cancale, and the medieval town of Dinan. Little did we know that we would end up being completely enamored by this northwestern region of France.

Of the three, we spent most of our time at Saint Malo. It’s no wonder why; the fortresses of the surrounding tidal islands, the 12th century ramparts, the views of the city, and the beautiful beaches with clear waters all contributed to seemingly endless eye candy. Although I read the views are best at high tide, I preferred low tide because it gave us plenty of opportunities to explore the tidal islands.

Strolling along the ramparts:

Fort National at low tide, as seen from the ramparts: 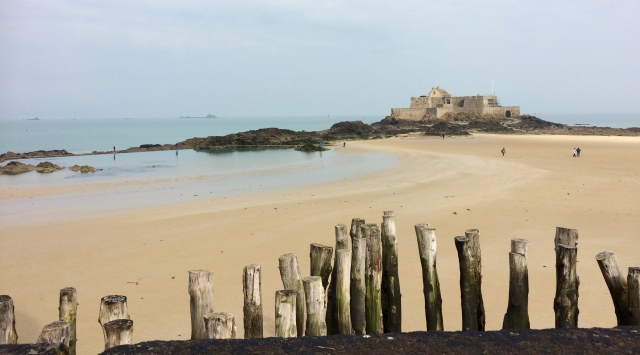 Up close at Fort National: 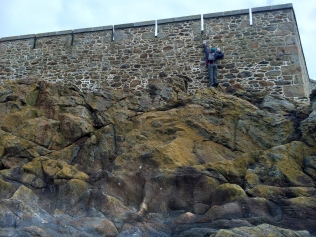 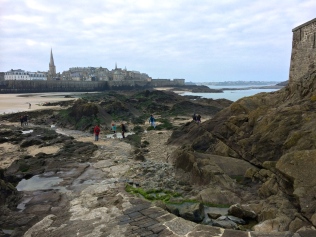 The view of the city from Le Grand Be (only accessible at low tide from the city):

And from Le Grand Be, we were able to walk over to Le Petit Be: 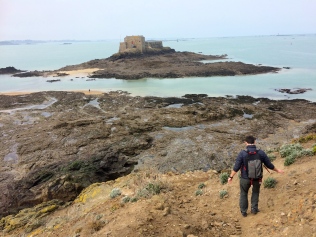 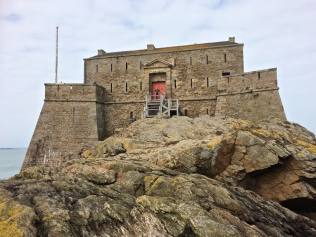 The difference between low tide and high tide to Le Petit Be: 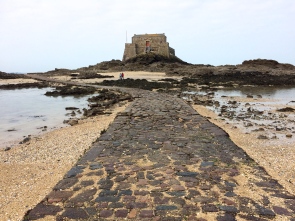 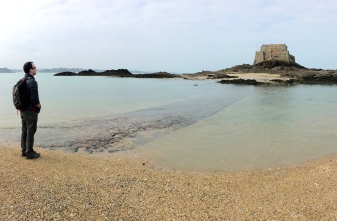 Hours after exploring Fort National, Le Grand and Petit Bes, and the ramparts, we cut back through town to roam the medieval streets. One amusing café I recommend is La Java; thousands of creepy dolls and puppets will stare at its patrons while they sip on beer or coffee. Swings replace bar stools at the bar, and the tap handles are baby doll limbs. 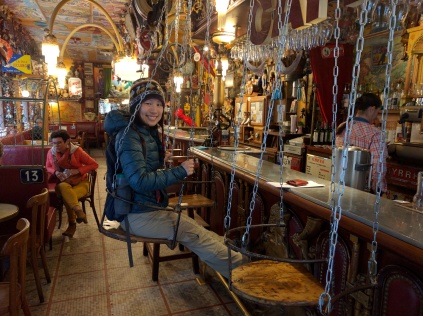 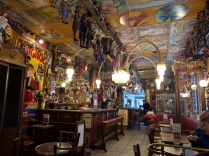 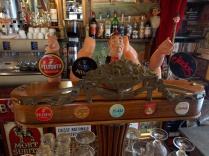 After a half-day at Saint Malo, we drove the short distance over to the seaside town of Cancale, famous for its oysters. We arrived early enough to be able to see the oyster beds, which have been cultivated along its shores for centuries. I recommend parking on the hill behind the WWII memorial (gorgeous views and plenty of free parking!). 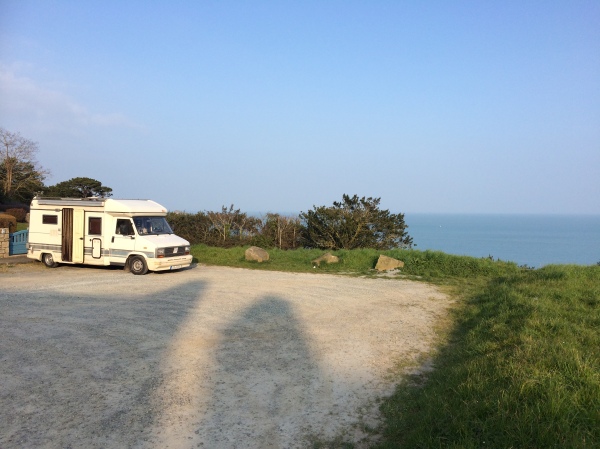 Huge tractors drove up and down along the shallow oyster beds, farming as much as they could before high tide could creep its way back in. See the difference between low and high tide: 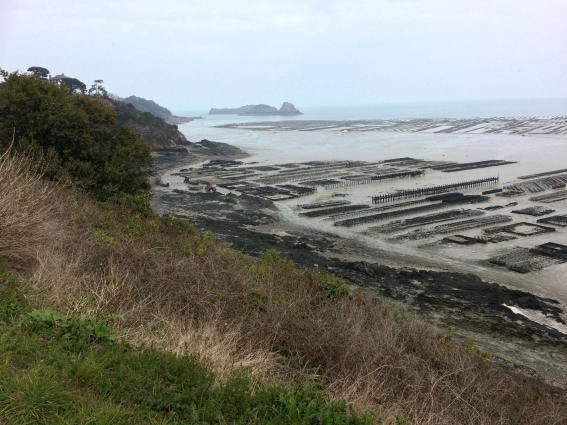 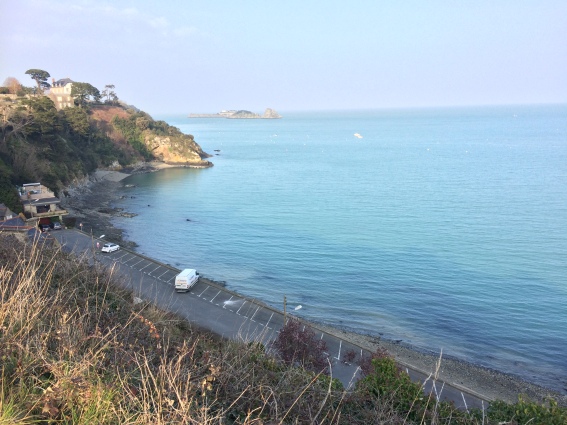 Beside the Cancale Lighthouse were the oyster stalls of Marche aux huitres, the go-to joint for the freshest (and cheapest!) oysters, straight from the farm. It seemed as if the oyster-filled trucks sold their oysters to these vendors before continuing down the road to sell oysters to the higher-end restaurants. 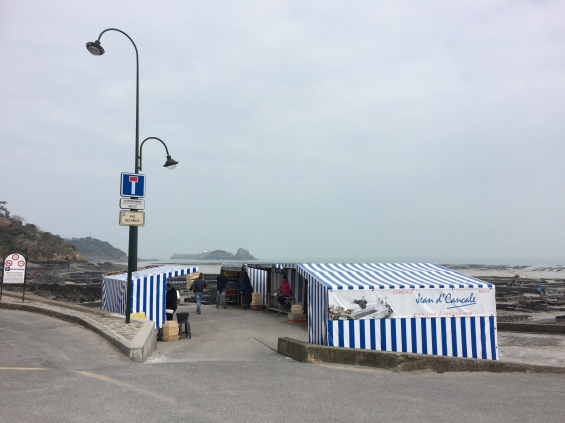 Imagine—a dozen oysters from €4? Amazing! The ultimate Cancale experience involves slurping super cheap oysters along the coast while watching the oyster farmers drive up and down the beach. 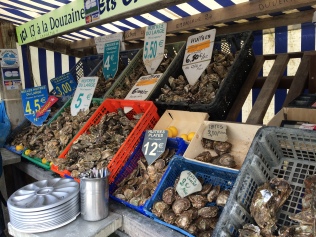 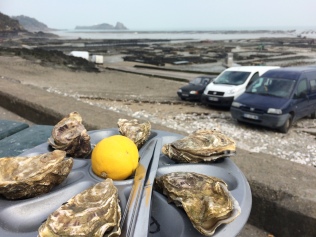 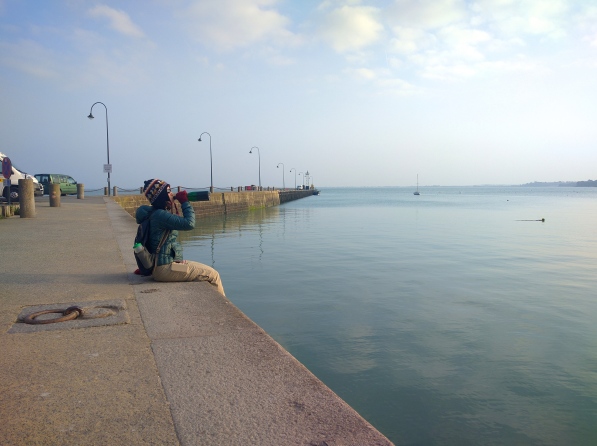 The next morning we soaked in the well-preserved medieval town of Dinan. Despite looking like nothing on the map, this little town was too adorable. Even the view from where we parked boasted medieval views (free motorhome parking, water, and dump at the local tennis club!). 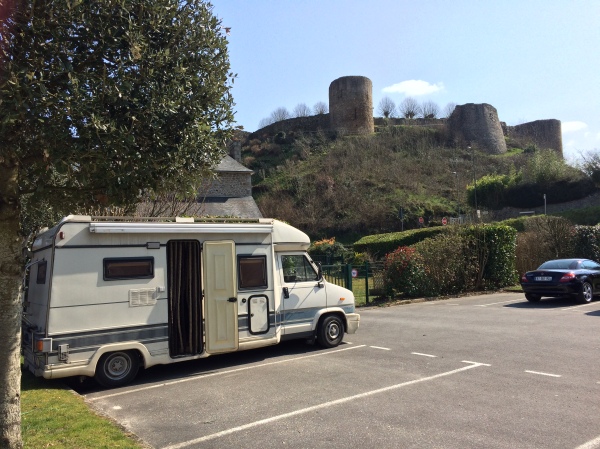 All one needs to do in Dinan is to walk up and down the hilly cobblestone streets to enjoy the 15th-16th century timbered houses. This is what Dinan is known for. 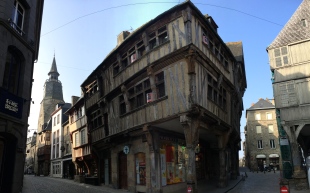 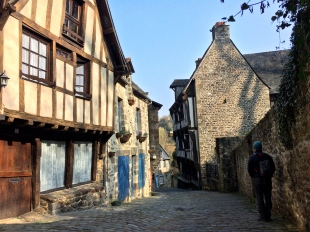 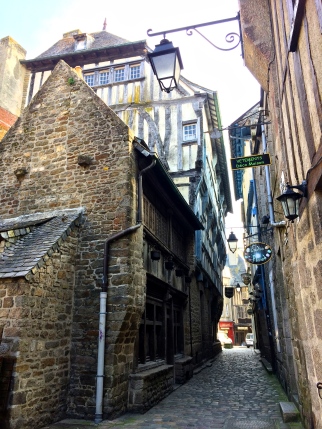 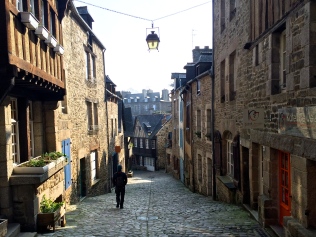 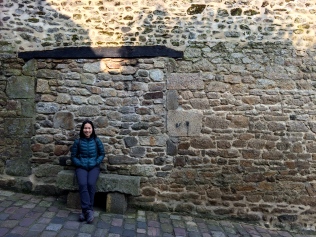 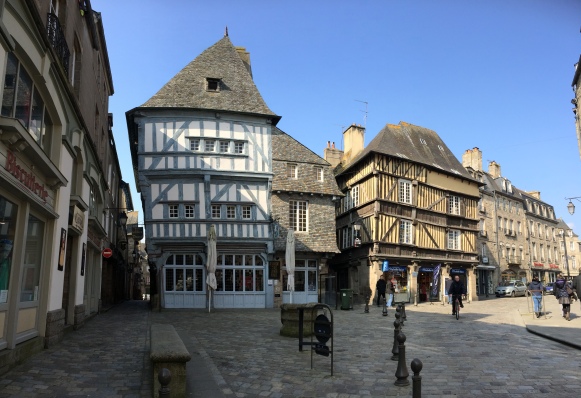 It is also too tempting to sit outside for a café on a sunny day, poke into one of numerous bakeries, or dine in an adorable local restaurant. 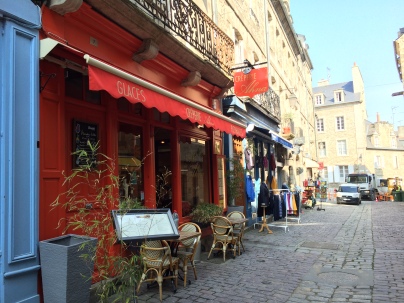 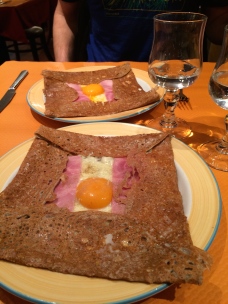 Outside the fortified walls are beautiful bridges along the Rance River: 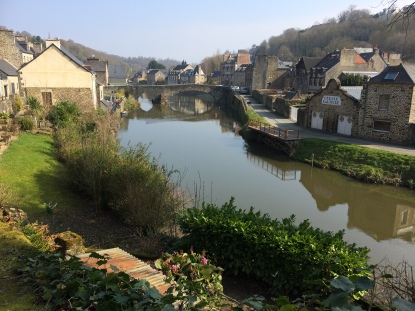 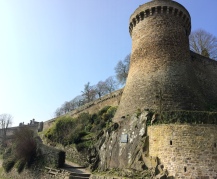 I knew that beautiful Brittany had more to offer, particularly along its craggy coastlines and forested countrysides. A surplus of charming towns and cities, islands, fortresses, castles, and even megaliths spread throughout the region, providing a lifetime of exploration. With limited time on our hands and the rest of France (and Europe) to discover, we were pleased with our sample of Brittany. We’ll even go as far as saying Saint Malo was one of the most memorable towns we’ve visited in Europe, if not our favorite in France.

This entry was posted in France and tagged cancale, dinan, saint malo. Bookmark the permalink.